This is quite an old image but I thought it deserved an outing on Google+. Fairly obviously the image is a composite. Actually four images used here one for each of the pairs of arms and the bits of hair associated with them. I then used a fourth image from the shoot which had the best 'fed-up' expression. 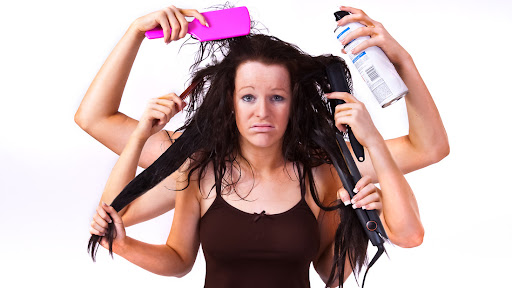