Breaking the rules: Using a Snoot

A couple of weeks ago we had a male model night at the studio. We experimented in using some light modifiers in ways in which they probably aren't intended. This image was lit by a single bowens light with a gridded snoot attached. This allowed us to concentrate the light tightly round the model's eyes. As you can see the light had dropped off by his chin.

I selected an shallow depth of field (f/4) and focused on Thaddius's eye. As you can see this means his ear and even the tip of his nose are out of focus. But our brains accept this as being ok because we naturally focus our attention on the eyes. 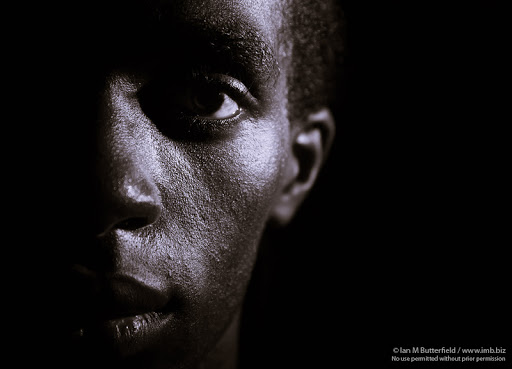