Goths in the Graveyard 1

At the end of last month I organised a shoot at a local graveyard. Our model for the day was Rachael. Somehow I failed to process the images from the shoot and only remembered today when a one of the photographers who was on the shoot was talking about it.

Comparatively speaking not much done in post production. A slight boost to the saturation and vibrance. A few tweaks to the brightness. The major post production effect is a graduate filter at the bottom of the image to increase the exposure/brightness of the lower third of the image.

The rest of the images from the shoot can be seen here: http://photos.imb.biz/models/shoot/rachaelwoodford 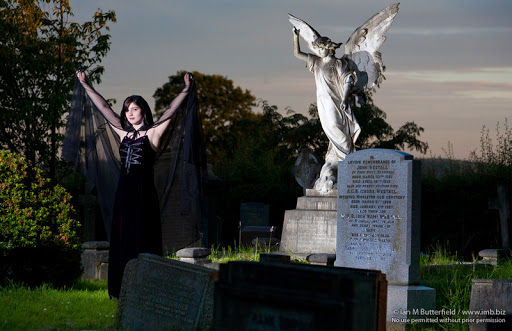