Last Friday we had a pet photography night at the studio. Photographers brought their pets along to be photographed. We had two dogs, two tortoises, two geckos, and two snakes. I invited model Rachael to be a walking snake stand. A job she adored doing!

Several favourites from the night which I'll share over the next day or so. But for those who want a sneak peak you can see the nights images on my site: http://photos.imb.biz/studio/pets

The lighting for this shot consisted of a main light with a 70cm beauty dish at for front lighting and two soft boxes behind and either side of Rachael to provide the rim lighting on either side. 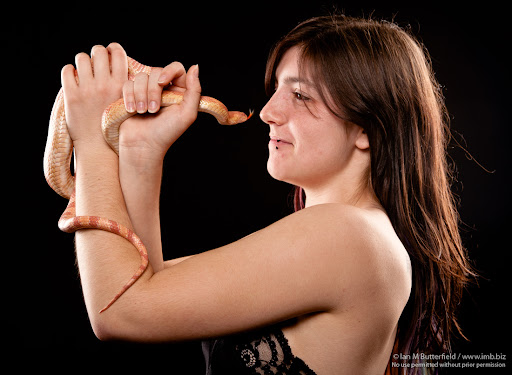