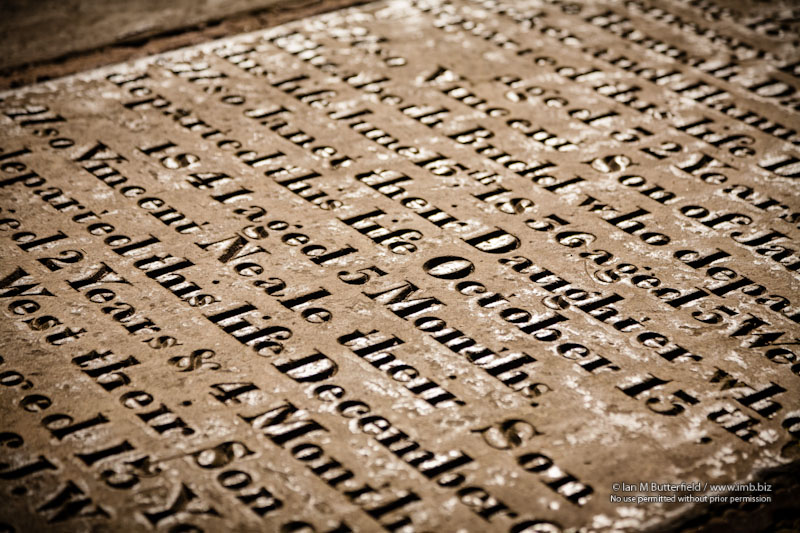 Today I did a trial run of the Scott Kelby Worldwide Photo Walk that I will be leading on Saturday 13th October.  The walk I have planned will take us past St Mary’s church in the market place.  I was disappointed to see that it was having major work done on it at the moment and is thus hidden behind scaffold.  However a walk round the outside of the church led to some interesting images of the gravestones.

This image has had very little post production work done on it – a bit of vignetting and the clarity pushed up in lightroom and that is just about it.  I looks as though it have been toned or coloured – but that is straight from the camera.