[BLOG] Making a Monkey out of Copyright 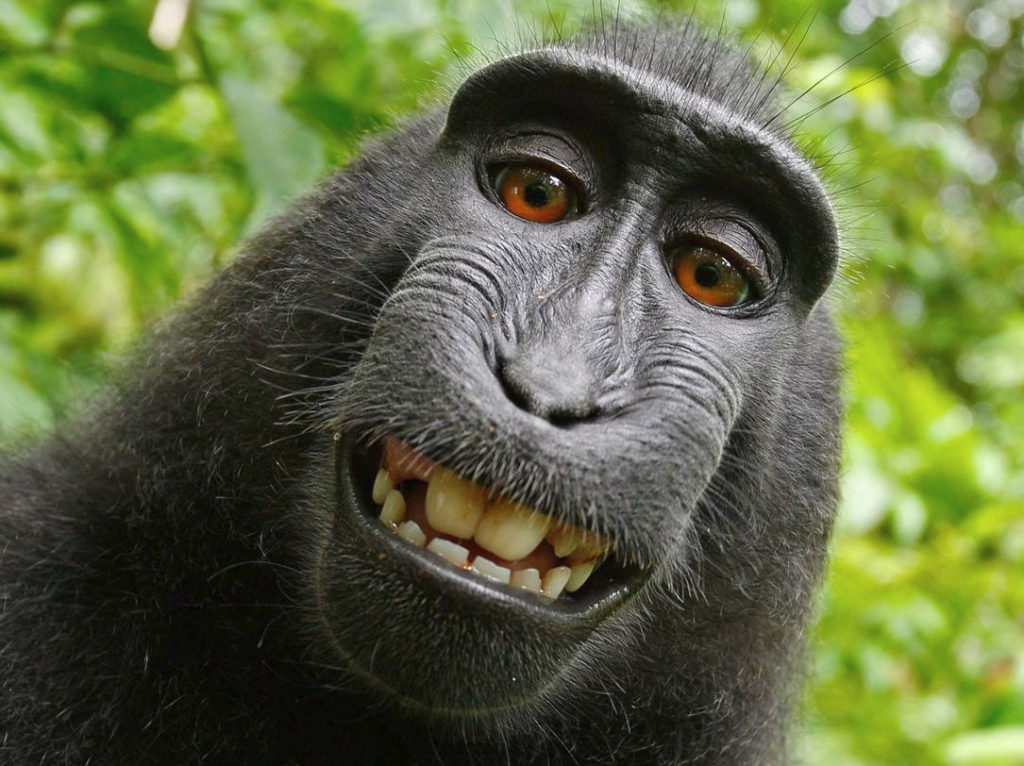 Crested black macaque.  Image created by photographer David Slater
“This file is in the public domain, because as the work of a non-human animal, it has no human author in whom copyright is vested.” – WikiMedia

Have you seen the above photo before?  It is a ‘selfie’ taken by a crested black macaque.  Recently there has been a lot of controversy about it.  It was effectively created by Photographer David Slater – he came across the macaque, and enabled it to take the photograph.  Wiki Media placed it on their website and labeled it as “public domain”.  Slater asked them to take it down claiming he has the copyright.  No says WikiMedia as it was taken by the macaque.  Now the US Copyright Office has waded in and has come down on the side of WikiMedia stating:

“The Office will not register works produced by nature, animals or plants,” the federal office, which operates under the Library of Congress, wrote in a recent update to its regulations. “Likewise, the office cannot register a work purportedly created by divine or supernatural beings, although the office may register a work where the application or the deposit copy(ies) state that the work was inspired by a divine spirit.”

What does this mean for us as photographers?  I believe it is a very dangerous decision.  Slater is clearly the person who set-up this image.  He created the situation where a the macaque could take the image.  He gave the camera to the macaque, he probably ensured the camera was pointing in the right direction.  He processed the image.   All the macaque did was to press the button.

Let’s look at another scenario, a wildlife photographer set-up a camera outside an animal’s den/nest/lair he sets up an infra red beam so that as the lion/bird/fox enters or exits it triggers the image to be created.  Effectively it is taking the image, following the logic of the US Copyright Office the photographer would not have copyright on that image.

So how is this situation of photographer and assistant different to the situation of David Slater and the macaque? I don’t believe it is a million miles away.  If copyright can be taken away from Slater because he didn’t press the button, how long will it be before copyright is taken away from photographers who got their assistant to press the button?

Copyright should be there to protect the primary creative input involved in producing an image or piece of artwork.  This ruling is a first step that could move us away from that principle.  As far as I am concerned, although sadly David Slater no longer legally has copyright on the image, it is still an image that he has created.

For more information about David Slater and his photography please see his website: http://www.djsphotography.co.uk/