[BLOG] Models are real people too! 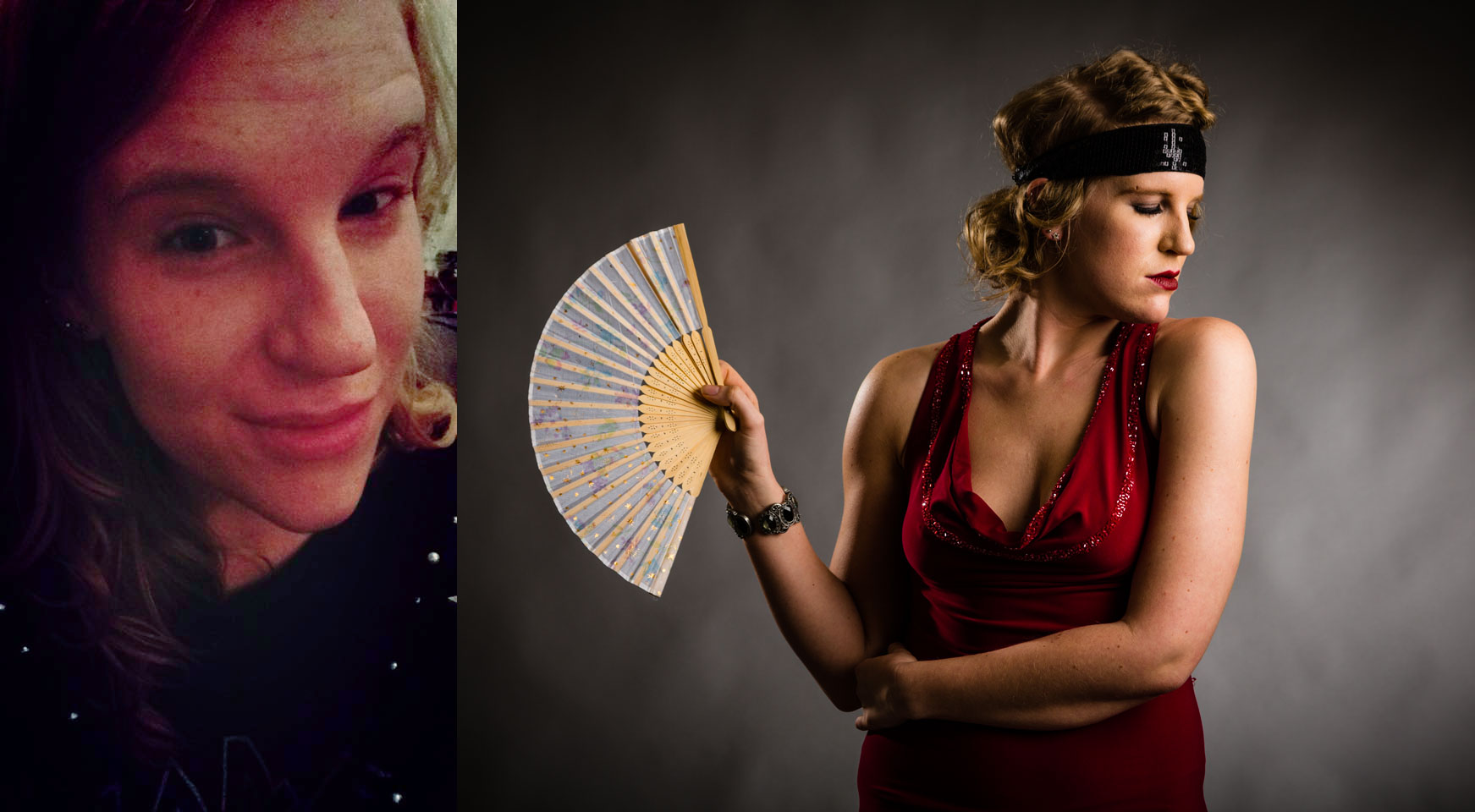 The photographs above are two images of Model Amy Pulford.  The image on the right is one I took at a 1920’s themed shoot at my studio earlier this year.  The one on the left is a selfie that Amy took and posted to her personal Facebook page last night.  In the selfie image she looks tired and sleepy, and in the post she talks about being tired and sleepy.

This morning on Facebook I saw a second post from Amy it was about a message she had received from someone on her ‘friends list’ telling her to “remove that pic” because “that photo does ya no favours”.  This ‘friend’ goes on to justify this because the image might be seen by a modelling agent.  It is clear from the tone of the post and it’s content that  Amy is upset at that message.

When I read those posts and looked at the selfie it made me angry that any model should have to put up that kind of message from anyone.  Models are real people too!  That means they get tired, they get sleepy, they don’t wear make-up 24/7.  It also means that they have feelings and they get upset aswell.

No-one has the right to tell a model what she can and cannot post to her personal page.  If we start to think that all a model should post is perfect images with perfect make-up and perfect outfits, while doing perfect poses then all we have done is to make her in to a commodity, she is no longer a human being she is an object.  If people start thinking of a person just as an object like that, then perhaps it is no wonder that they fail to see how a message about a no make-up selfie image can be so hurtful.

As for doing her no favours?  I book models all the time for paid work.  A sleepy/no make-up image would in no way affect my decisions to book a model.  That isn’t her doing her modelling, that is her being herself.  Would you expect a taxi driver to only post images of himself behind the wheel of his car?  No.  Would you get out of his cab if he had a photograph on display of him riding a bike?  Of course not.

On the contrary I want the models I work with to be real people.  The best images come when photographer and model take risks and push themselves a little – models who control their image to the nth degree tend not to be risk takers.  Yes, I want to be able to look at images that show a model can pose, but other images, selfies, snaps with friends, etc show another side to the person, it shows personality.  A model with personality can make an image come alive much more than hours in Photoshop ever could.

And while I cannot speak for every photographer who has come through the doors of my studio, I would like to think that the vast majority would agree with me on this. Models are not just a commodity and should never be treated as such.  And to any that don’t agree with this, to be brutally honest with you, you are probably not the sort photographer I want at my studio.

When I wrote the first draft of this blog post, I didn’t include any images and I didn’t name Amy as the model.  I sent Amy a copy of that version of the blog post and she very kindly and bravely allowed me to not only name her as the model but allowed me to include the selfie image in this post too.

Amy will be back at my studio on Sunday 19th October for a “Through the Decades” full day event.  http://www.ians-studio.co.uk/events/through-the-decades/