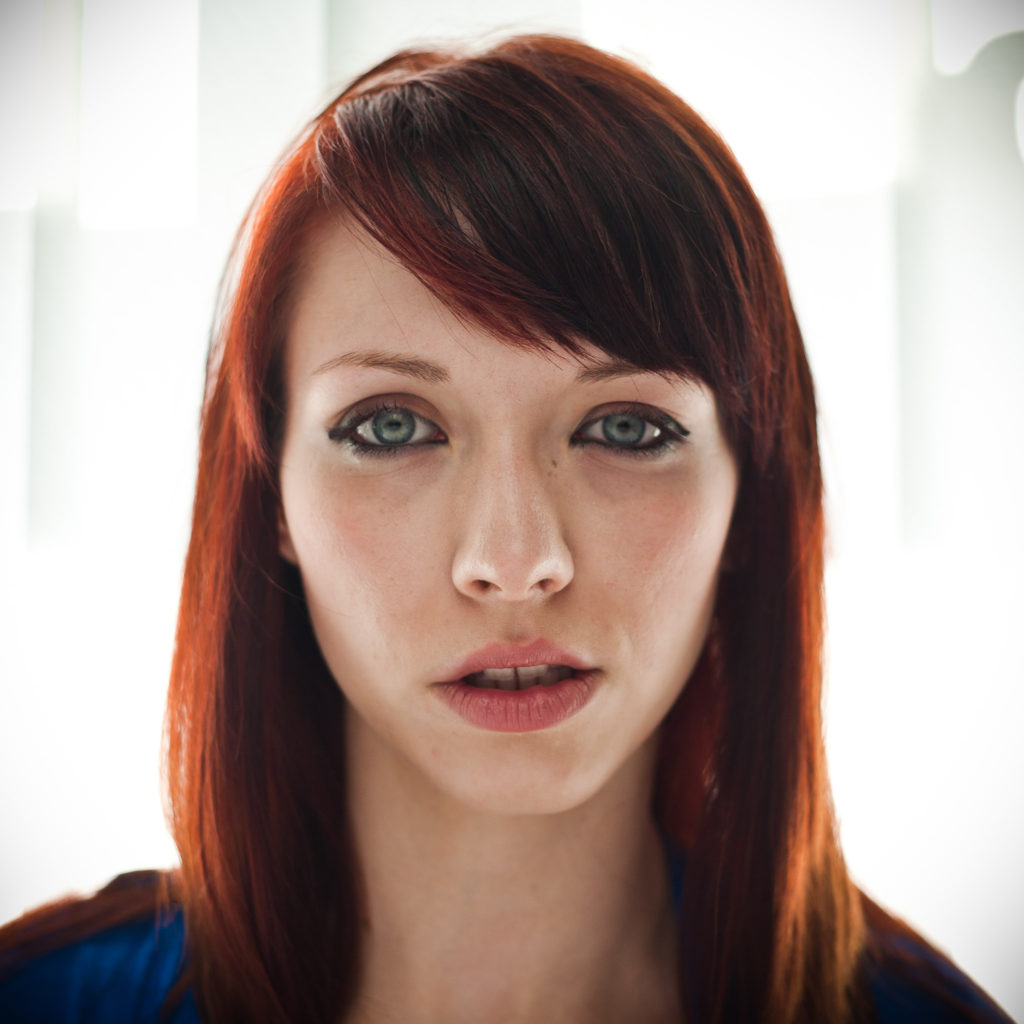 The image above of model Hazel is lit entirely using the light of the window which is behind her.  How did we achieve this and prevent Hazel’s face from becoming just a silhouette?  When you look at the image below the answer becomes obvious we used two reflectors to bounce the light back in to her face.   One reflector is placed at 45 degree above her and it is this that proved the majority of the illumination.  The second reflector is below and is used to fill-in the shadows under Hazel’s chin.

As you can see from the image there is only a small gap between the two reflectors, and it is through this gap that we place the lens of the camera.

The lighting is known as clam-shell lighting. 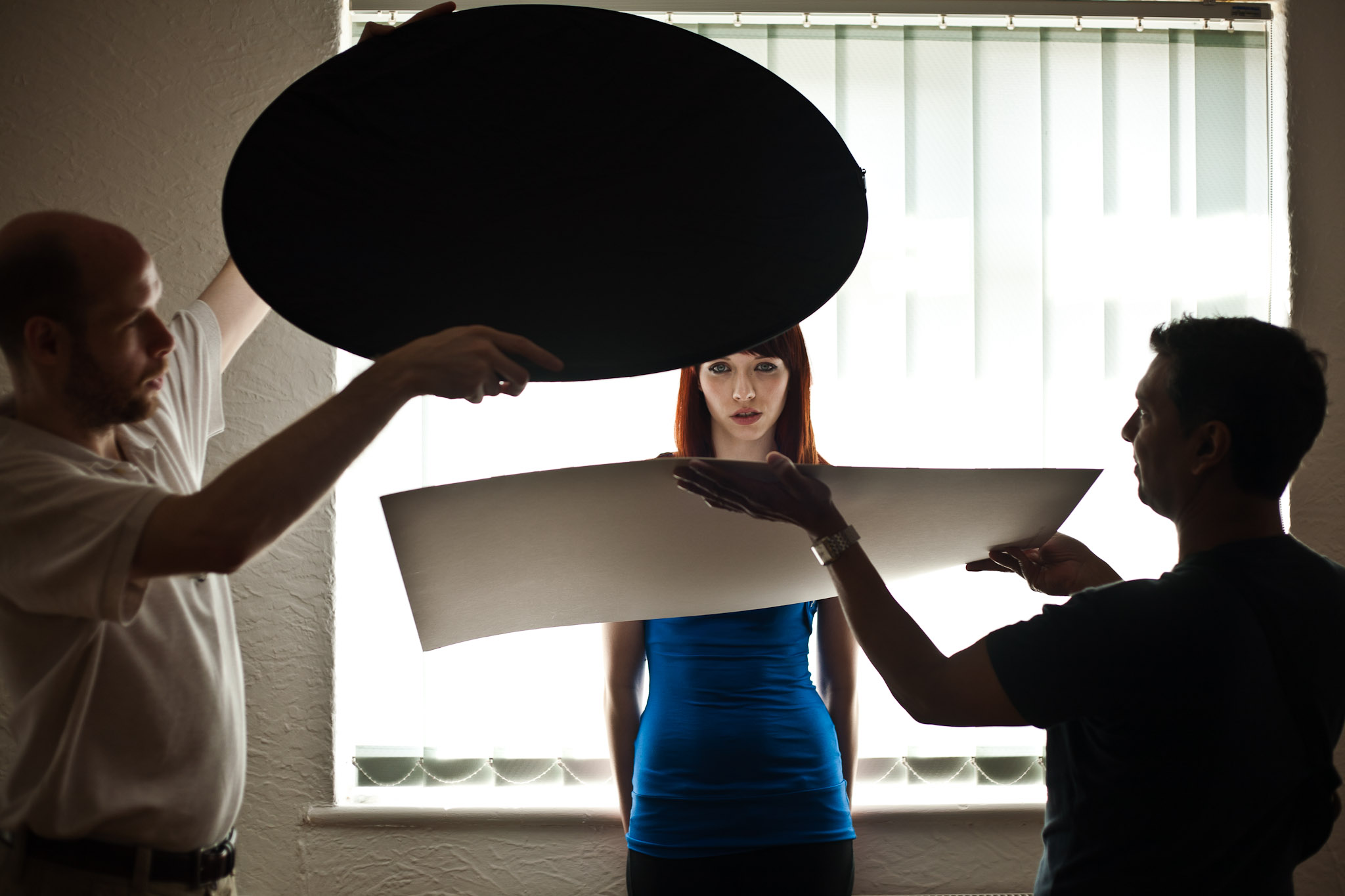 You don’t need two reflectors to do this.  As you can see we are using one reflector and just a sheet of white card.  You could use two sheets of white card.  However having a reflector with a silvered surface will bounce back more light than a white card and will help get more light on to your subject’s face.