One of the biggest problems with architectural photography is the problem of converging verticals.  This is where the top of a building appears to be leaning away from the camera.  This is caused by the plane of the film not being parallel to the plane of the building.

There are a number of possible ways to solve the problem.

Shoot from higher up – Try to find a higher vantage point so that it is not necessary to tilt the camera upwards.  Is there a building opposite the one you wish to photograph that you can shoot from?

Longer lens from further away – If you move further away from the building and shoot with a longer lens you will not have to tilt the camera upwards as much as if you are using a wide angle lens from close to a building. 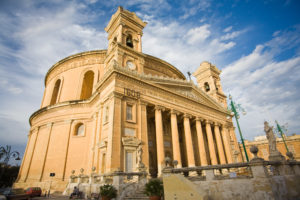 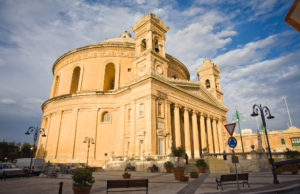 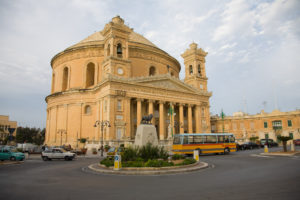 These three images of Mosta Church in Malta were taken with 19mm, 21mm and 24mm focal lengths while moving further away from the building.

Tilt-shift Lens – Using the shift function on a Tilt-Shift (TS) lens allows the photographer to correct for this by still keeping the film plane parallel but shifting the centre of the resulting image, thus capturing the whole building. 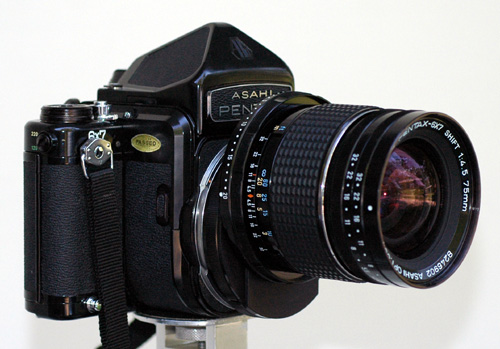 (The above photograph was taken by and is copyright by Jeff Dean, Madison, Wisconsin, USA obtained from Wikipedia  under the following licence: “The copyright holder of this file allows anyone to use it for any purpose, provided that the copyright holder is properly attributed. Redistribution, derivative work, commercial use, and all other use is permitted.”)

Digital correction – It is also possible (and acceptable) to digitally correct converging verticals in post production, since version 3 Lightroom has built-in tools to do this.  Most photo editing packages will allow you to ‘free transform’ your image to stretch the top of the image and contract the bottom of it.  Be careful of over correcting the verticals when adjusting them digitally.  We are used to seeing building taper away from us in real life and a perfectly straight one can look a little disconcerting. 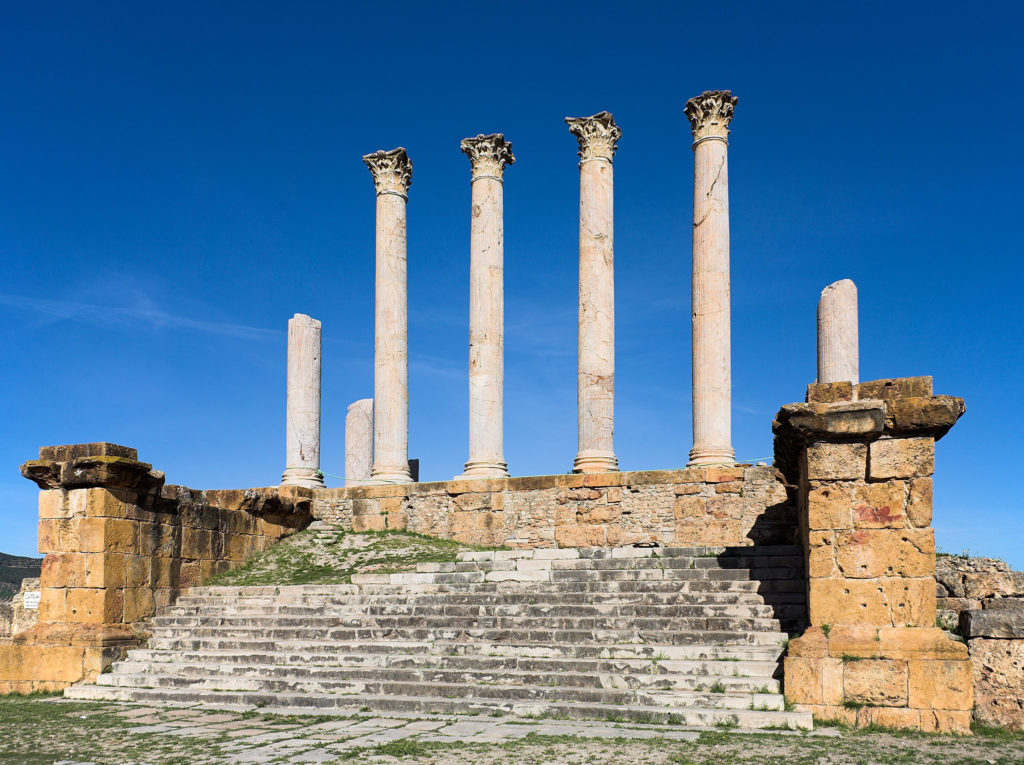 The temple columns above were corrected digitally in Photoshop,

Make it feature – If all else fails make the conversion of the verticals in to a feature.  Be artistic with it. 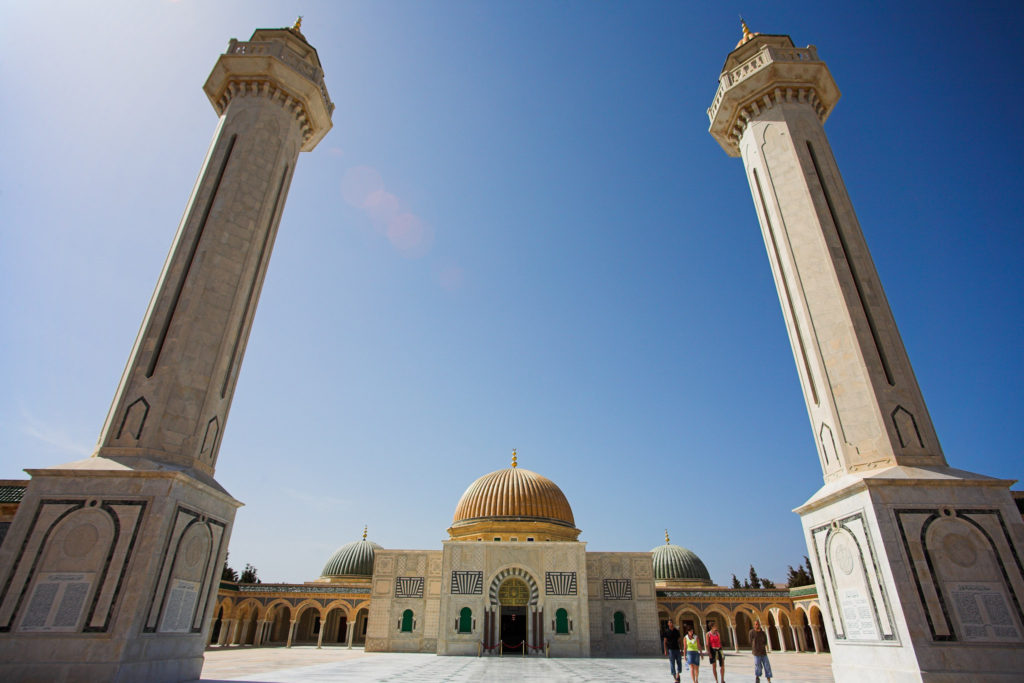 The above article is an extract from the 200+ pages of notes that accompany our “Intermediate Photography Course“.   The course will next be rerun in April 2015 – please see this page for more information:  http://www.ians-studio.co.uk/events/intermediate-photography-course-8-sessions/