Last week I made two promises.  The first was that this week I was going to explain what the “deliberate” mistake in the draft “Inspiration Sheet” was and the second was that I was going to talk about how Ian’s Studio Photo Academy can help those of you who want to improve your marketing.   Let’s deal with them in reverse order. 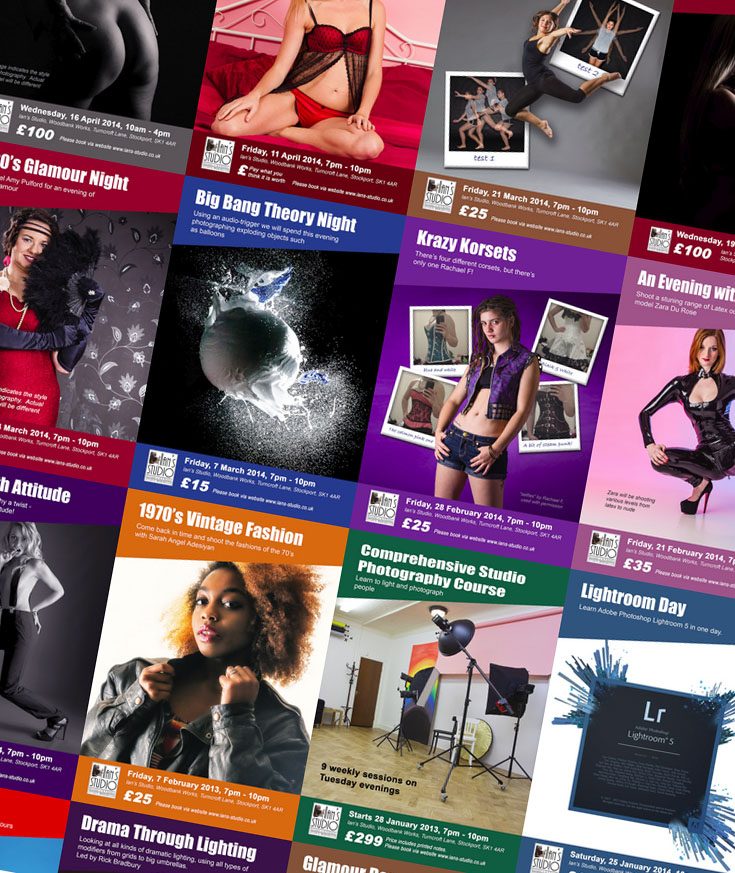 Let me first of all, put on record that I am not a marketing expert.   However, when you run your own business, you do start to pick up one or two things about marketing.   I also need to confess that I sometimes get it wrong.  But sometimes when I get things wrong, it’s not because I don’t know what I ought to do, it’s because as a “one-man-band” I sometimes simply don’t have the time to do all the marketing tasks at the times I should in order to get the best benefit from them.

Let me give you an example of effective marketing.  I am launching The Academy – and I need to get people to sign up for it.  One approach to doing the launch would have been to build the Academy and then send out a message to you all saying something along the lines of “Hey folks, come and sign up for this wonderful whizzy academy thing I have created.”  The chances are that some would have signed up, but probably not many.  So, I took a different approach.  I have been teasing you about The Academy, now for about 6 weeks.  The aim has been to create a ‘buzz’ about it.  As part of ‘creating a buzz’ I have been getting you all involved – surveys, spot the deliberate mistake, asking you what your challenges are when it comes to photography.  If you feel involved, you are more likely to buy/sign-up.   And it is working.  I have had messages from people saying that they want to sign-up now (patience, patience. it’s not ready yet) and one person said; “just tell me when you want my money”  (Not yet – it’s free ’till January).

Now obviously, there is a lot more to marketing that just that.  And there are some techniques I use that, from a business perspective, it doesn’t make sense to write about publically – some of the people who read my weekly postings are my competitors after all!   My main business, however, is about training and supporting other photographers and I know there is a significant number of you whose biggest challenge is marketing and I do want to help you with that challenge.

So here’s what I am planning,  as I launch and develop The Academy, I am keeping a journal of the marketing techniques that I am using.  Alongside this, I’m keeping track of numbers (number of people signed up, numbers on my mailing list, numbers of social media followers etc).   I plan to make all this information available within the secure areas of the academy.   I am also going to talk money, where I can I will tell you the amounts I’ve spent and the return I’ve had.  I am also hoping (software permitting) to create a private area where you can ask questions about your own marketing initiatives – more often than not, just going through the act of typing out a question can help you see the wood from the trees!

Will all the marketing initiatives I talk about work?  Probably not.  And I will tell you if I tried some that didn’t work.  Finding that out should be valuable to you – don’t waste time on the things that have been proven not work.

And finally, for those who are interested in Stock Photography – I am also moving my “Photo Sales” posts inside the walls of The Academy.  Because they will then only be visible paying members I’ll be able to share details of how much or how little I am earning from these sales.

So what’s the catch?  Yes, there is one.  The marketing and stock sales data will only be visible to those who take out the annual membership of The Academy.  I’d love to make it available to all members but much of it will be business sensitive data, and I need to protect that data from competitors joining for just one month, grabbing all the data and leaving.   What I am providing regarding marketing is worth far more than a single month’s membership.  So you’ll need to join for 12 months for that data to be available to you.  Joining for a year up front is cheaper than paying monthly for 12 months.  So you will get more information and pay less – so it’s not a bad catch, is it?

Ok, I’ve kept you in suspense for long enough.  Let’s talk about that mistake in the last week’s inspiration sheet.  I had quite a number of people suggest different mistakes, no-one spotted the big one.  The most common suggestions were:

So what was the mistake?  The answer is simply, that nowhere on the information sheet is there any contact information for me.  Although I ask that people don’t share the sheets with non-Academy members, I know that print outs will be lost or other photographers will see you using them and hopefully think what a good idea.  But nowhere does it say how to get in touch or how to sign-up for The Academy.  The nearest we have is the web address in tiny print as part of the logo, and my name in the copyright statement.

This takes us right back to our main topic for the week – marketing!  The first rule of marketing is that it doesn’t matter how good the marketing is, if people can’t contact you and sign-up for your services then it is a complete waste of effort.  Note to self:  Add contact details box to all future Inspiration Sheets.

I told you, I don’t get all my marketing right.  But hopefully, you’ve learned a lesson from my mistake. 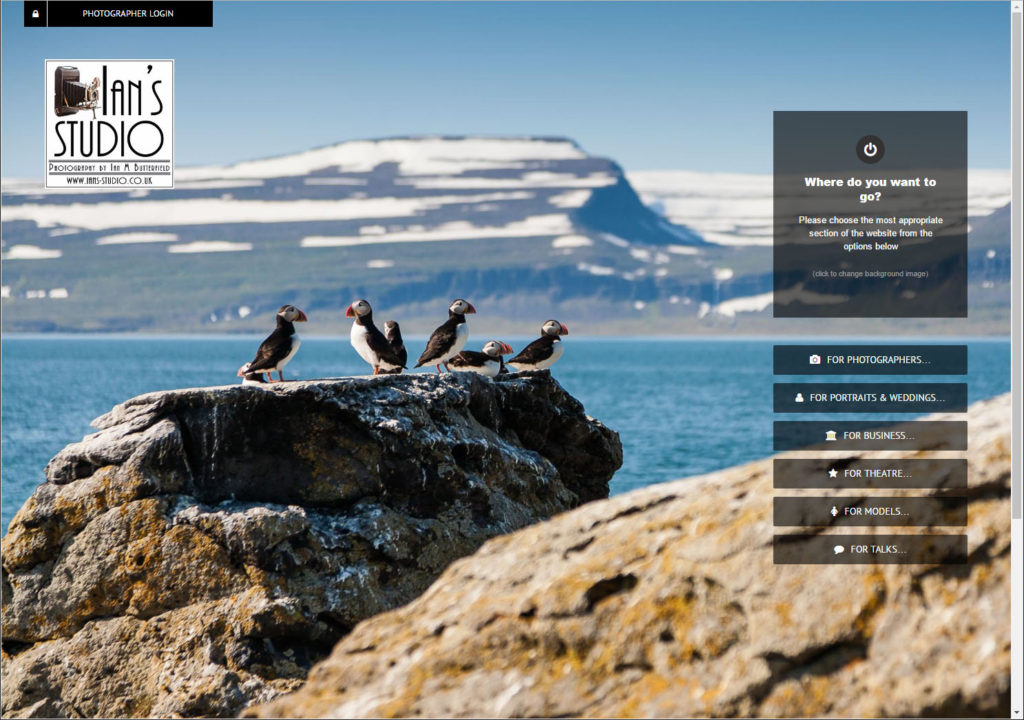 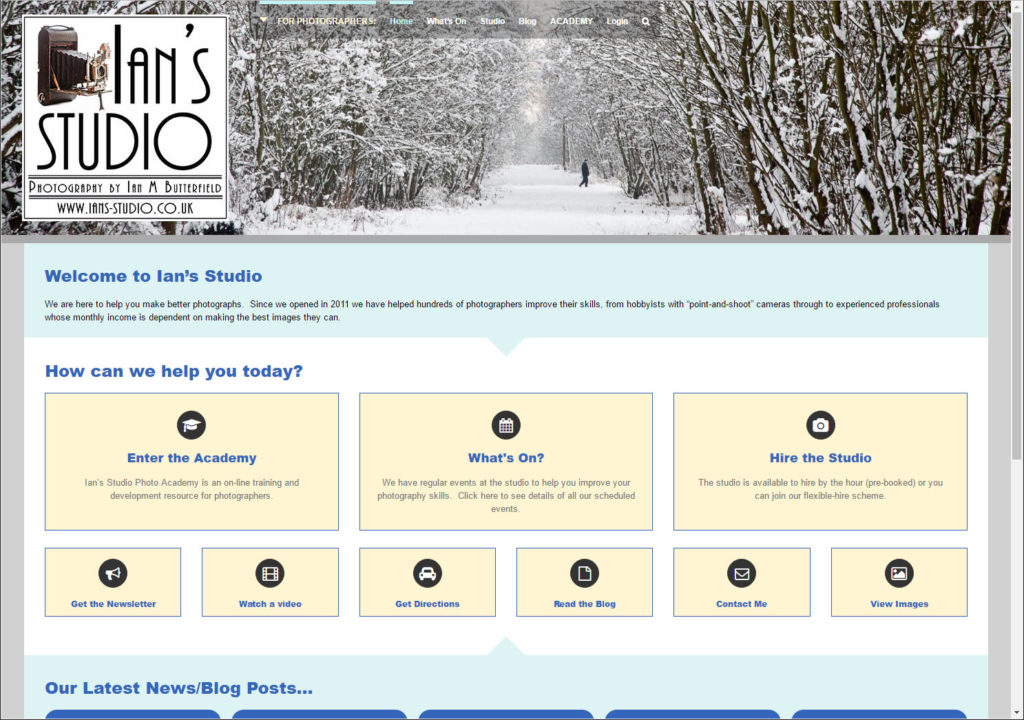 We are getting close to launch time.  The redesign work on the website is well underway  (see screenshots above).  I am a couple of days behind where I want to be but I am hoping to announce the ‘Beta Launch’ of the Academy next week.  However, that announcement will NOT be on Monday.  As from next week, my general weekly newsletter & blog post will be moving to Thursdays.  If everything is ready then Thursday next week (3rd November) will be the launch day.  If not then it will be one week later on Thursday (10th November).

Once The Academy is up and running Mondays will be the day the weekly “Inspiration Sheets” go out to Academy members – along with notification of any other Academy exclusive updates such as marketing information, event details, or the occasional other bonus I have planned for academy members.

So until next time, keep MAKING great images