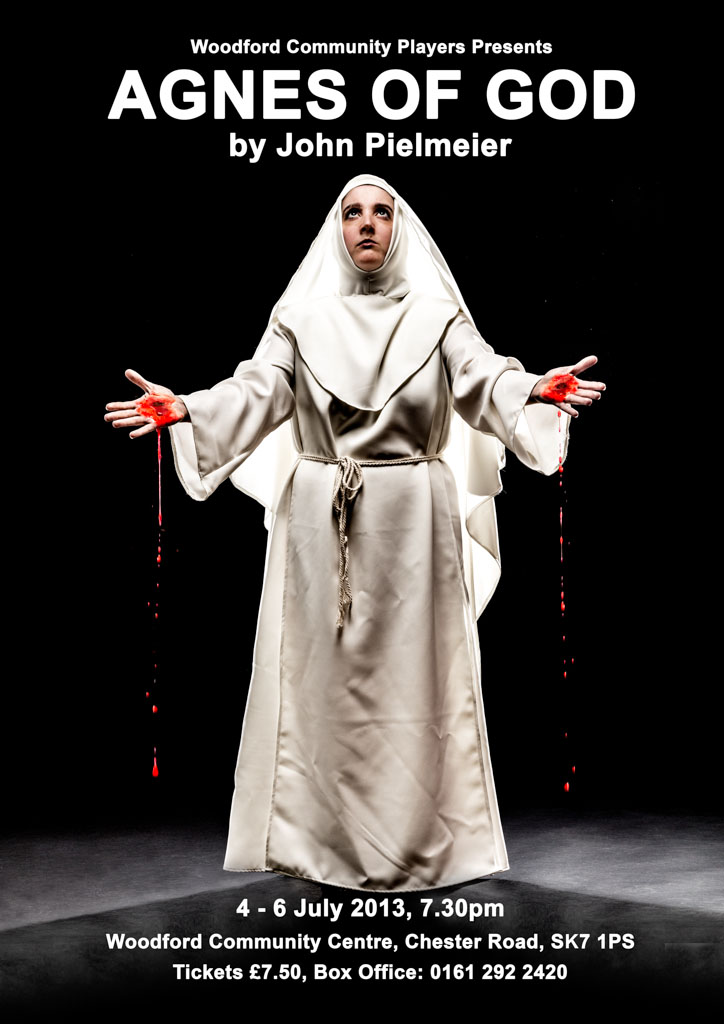 This is a poster image I created with actress Emma Toms.  The play is Agnes of God and in addition to doing this image I am also directing it.  It is the compelling story of a young nun who has been found in her room with the dead body of a new born baby.

The story is told from the perspective of the court psychiatrist who is trying to determine if Agnes is fit to stand trial for the baby’s murder.  The third character in the play is the mother superior at the convent, who is trying to protect Agnes.  Or does she have something to hide herself?  I know quite a few photographers who subscribe to this newsletter are also theatre goers.  So if you are able to come to see the play you won’t regret it.  It will be performed “in the round” with the audience close to the action.  You can book tickets from Pat on 0161 292 2420.

A little about the photograph.  It is actually made up of 4 different images.  All shot with the same lighting.  Small soft box high above Emma on a boom stand.  Rim lights behind left and right to give the bright glow through the habit and on the edges of Emma’s hands.

Firstly I shot Emma in her nun’s habit.  Secondly I took a number of shots of Emma (now wearing old clothes so that we didn’t get blood on the habit) holding different amounts of blood in her hands.  Finally I asked her to pour the blood from her hands and I captured it running from her hands.  I used four images and combined the different parts together in photoshop to create the image.