On Friday 26 Feb, Ian’s Studio celebrate its10th Anniversary.  To celebrate I posted a series of images to facebook to tell a little bit of the story.  This blog post brings those images and that commentary into one place.  If you haven’t read the comments or seen the images in Facebook I hope you enjoy them here. 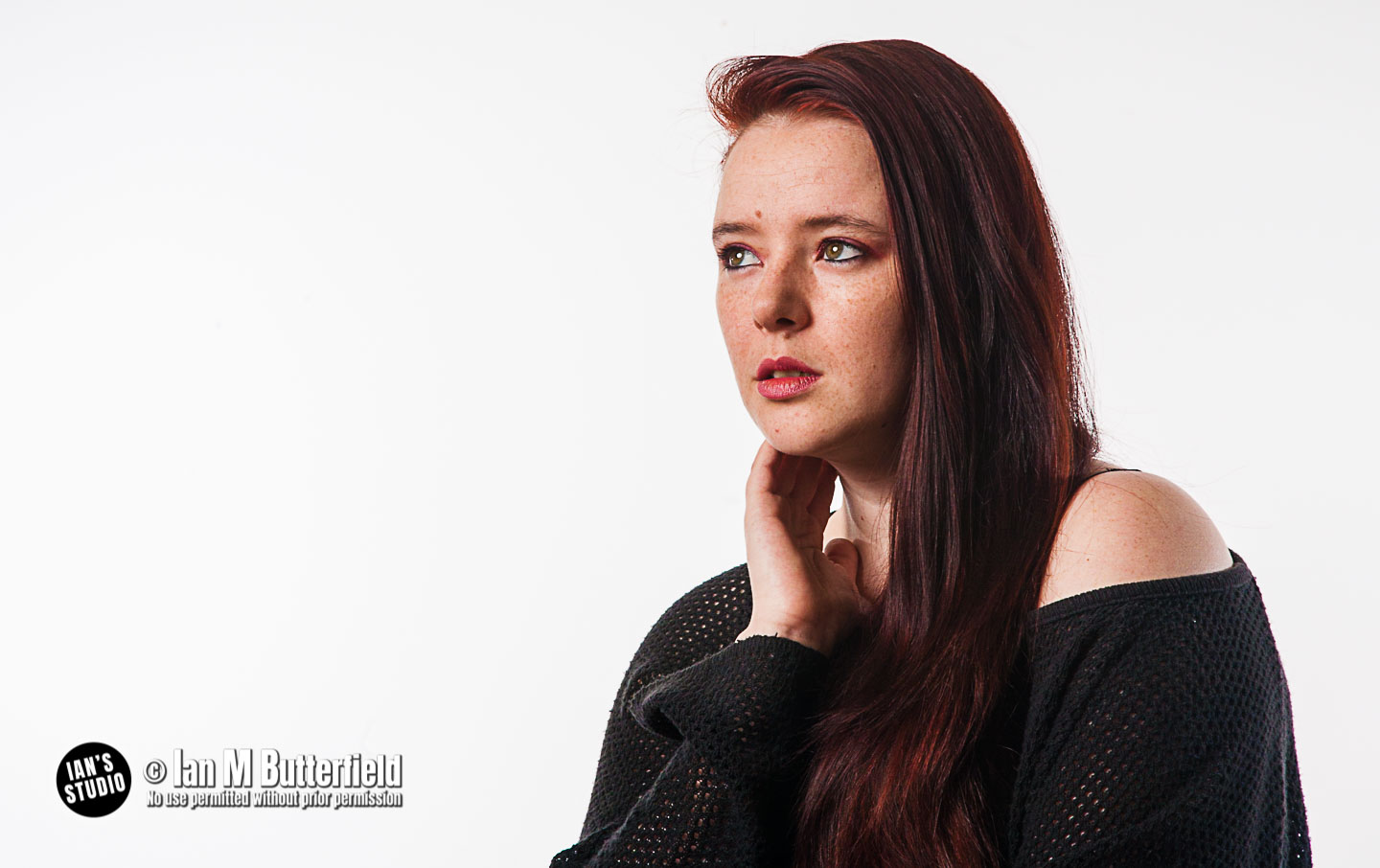 Exactly 10 years ago today (26 Feb 2011) I opened the doors to Ian’s Studio.  . This photo is of model Ely who came to the studio on the open day (along with a lot of other people). Ely is the first model I ever photographed at the studio and this image comes from the first shoot I did on that open day.  If we had not been in the middle of a pandemic and a lockdown – this evening would have been a special “Friday Night at the Studio” event followed by an open day at the Studio tomorrow. Sadly, that is not to be.
Instead, throughout today here in the FB group I am going to share photos from each year of the studio as a way of celebrating our 10-year journey. 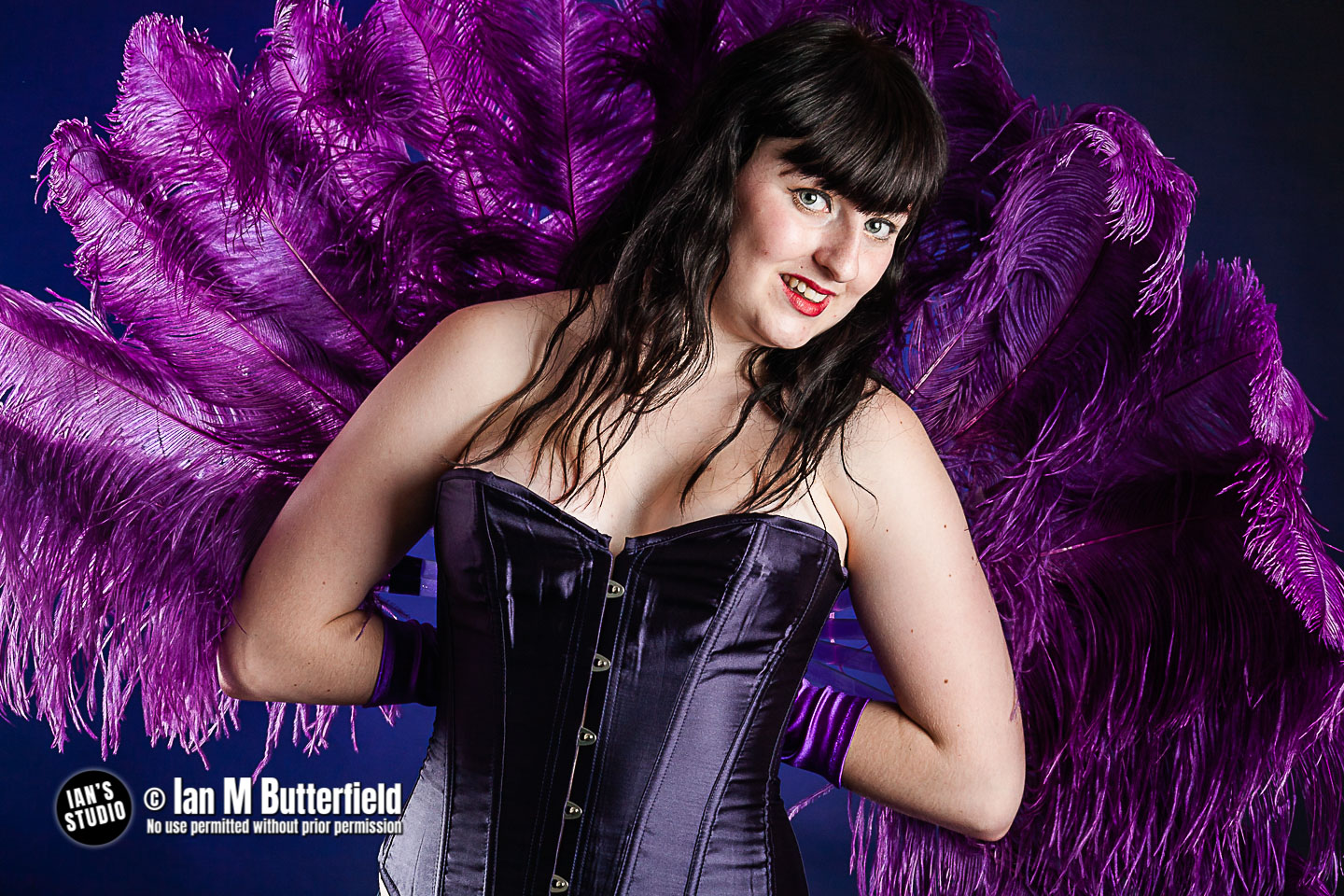 There were so many events and shoots at the studio in that first year it is difficult to pick just one. But this image comes from an event with one of the more unusually named models to come to the studio Burlesque dancer Ceriece Derriere. 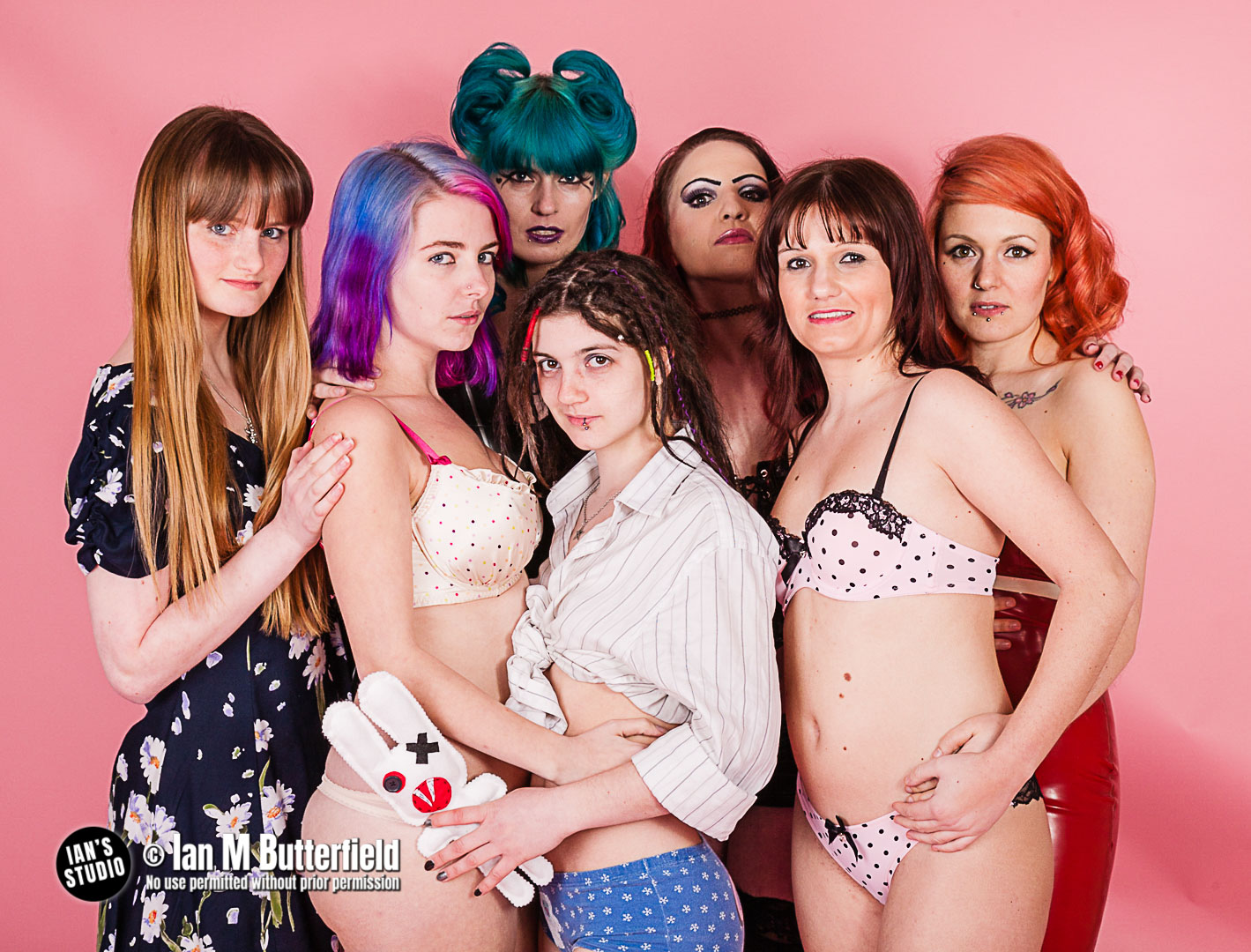 One of the events run in 2012 was a ‘Mega Model Night’ where we had no less than SEVEN models in the studio at the same time, and somehow managed to set up 4 or 5 different shooting areas. Those were the days before anyone had heard of social distancing! 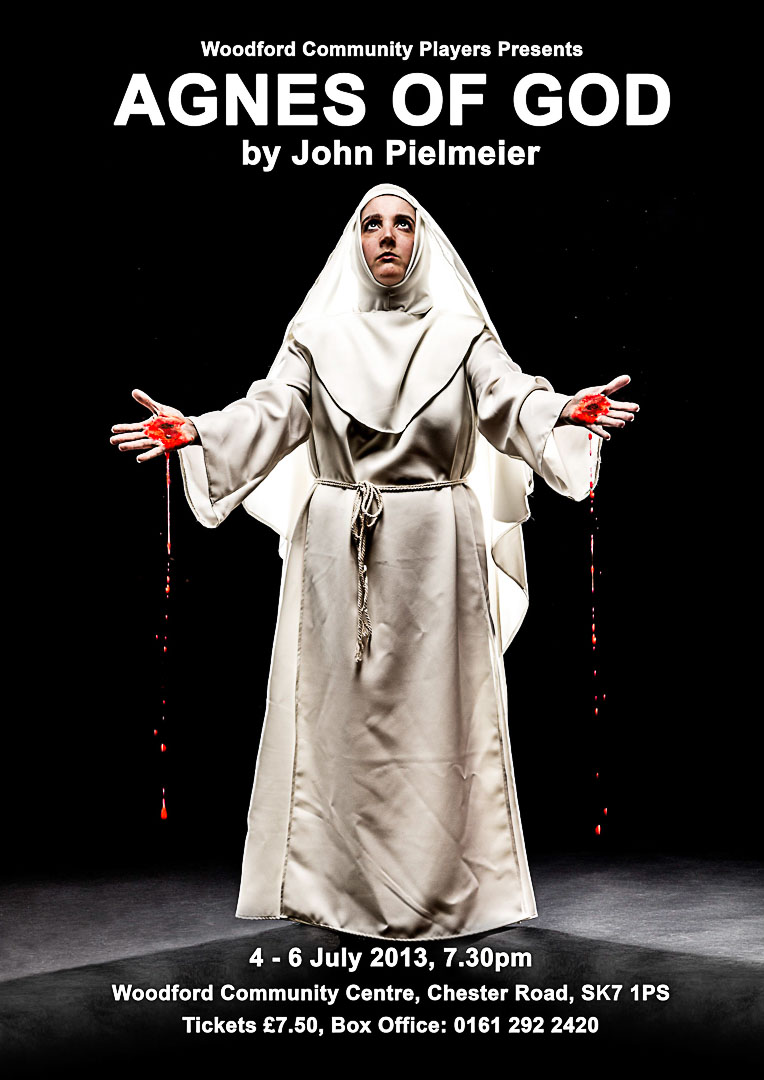 One of the things that happened in 2013 was the fact that I was directing the play Agnes of God and we used the Studio as our rehearsal space. I also created the poster for the play at the studio with actor

Emma Toms  who was playing the titular role. 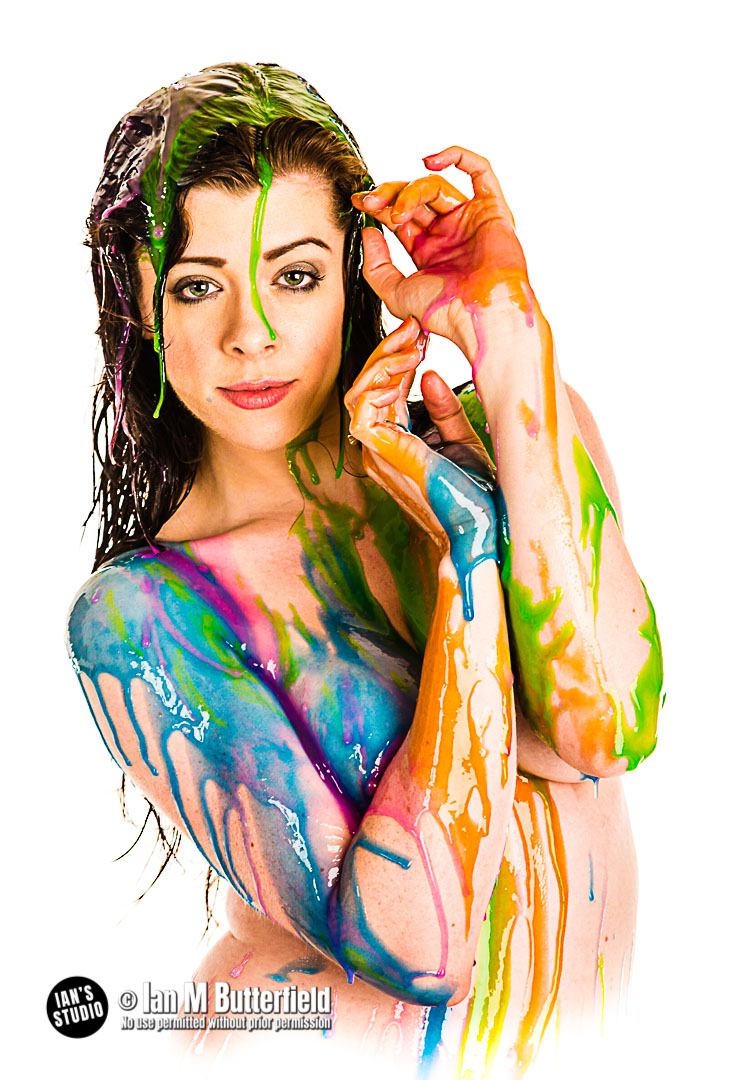 One of the more unusual styles of images that I have created at the studio over the years are these colourful art nudes, which use a mix of natrosol (the stuff they use for gunge in kids TV shows) and children’s paints. Here we see model Rhianna Grey at an event from June 2014. 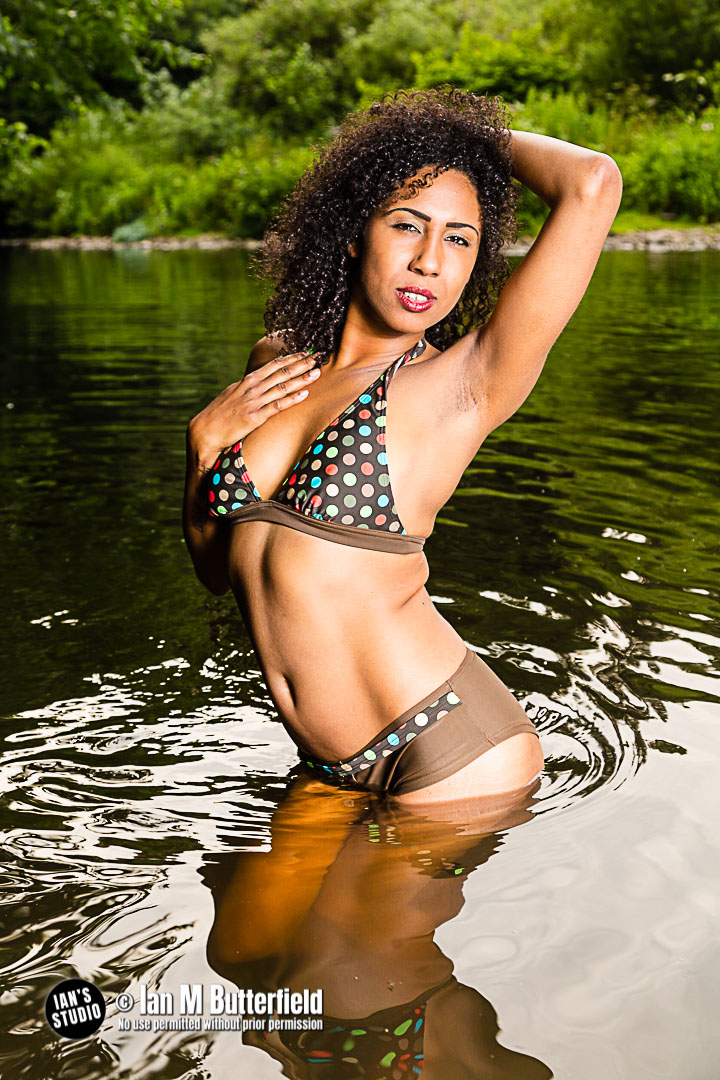 Not every shoot at the studio was actually in the studio. Take this shoot for example with model Illy (aka Black Beauty). It was always intended that the event/workshop would be part in the studio and part at the nearby Woodbank/Vernon Parks. As we were about to go to the park, Illy asked: “Is there a river?” so at her suggestion, that’s where the group shoot ended up. And guess who had to go in the river too to hold the lighting stands for the event attendees to get their shots! 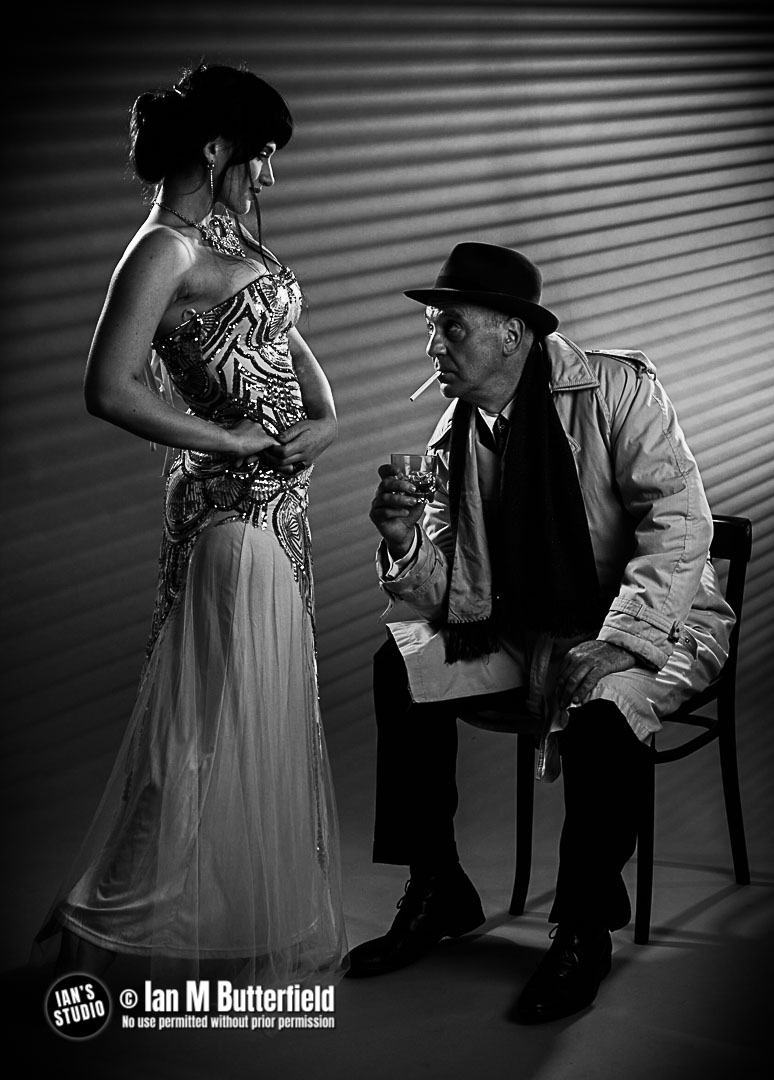 2016 was a very difficult year for me, both Ann’s dad and mine had major health problems in the first half of that year. Then in the August my dad died suddenly and unexpectedly. I found it very difficult to get events organised, planned and promoted. So I was very grateful when  Graham Currey organised and promoted a series of sell-out film-noir workshops at the studio. This was just what I needed to get things going again. 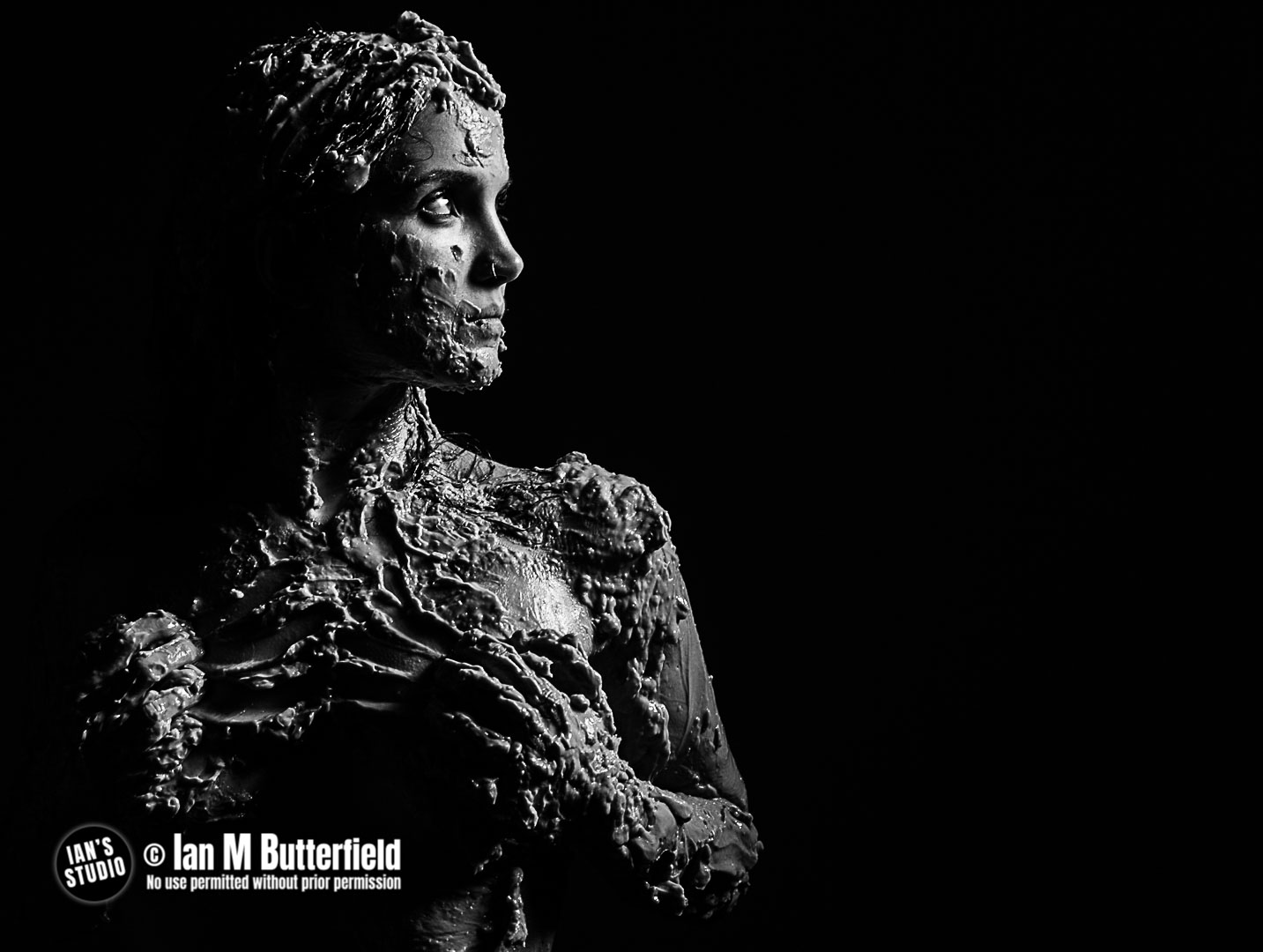 Art nude photography has been always been a popular events type at the studio, but I can’t share many of the images of that type here on Facebook. In 2017 with model Rahel we had an art nude event that used clay and side lighting to create some dramatic image. The image below is one of my favourite images from that year. 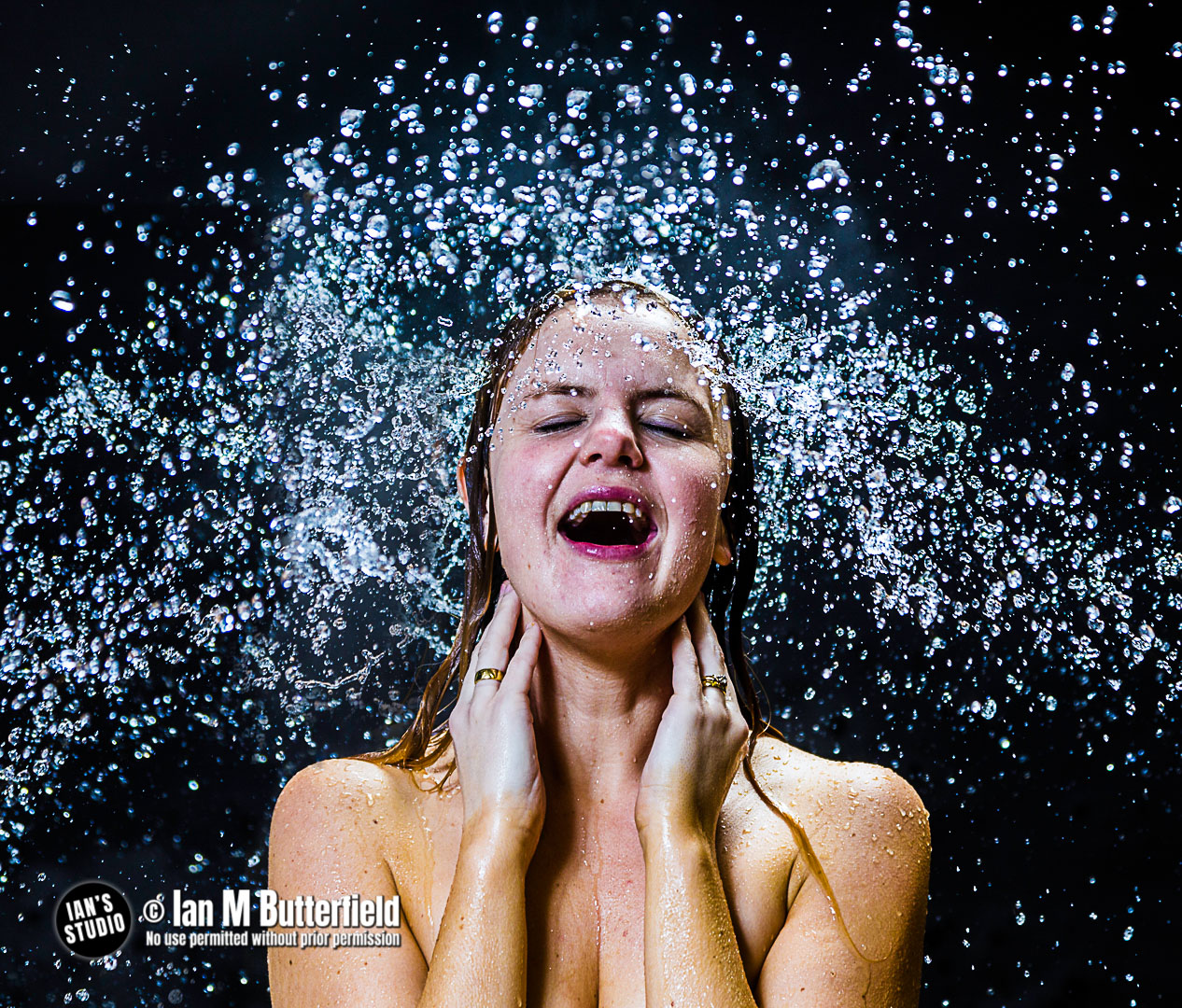 Certain themes at the studio have reoccurred many times over the 10 years we have been open. Shoots with water has been one theme that we have come back to on many occasions. Here in 2018 we have Karen modelling at a ‘model splash’ night, where among other images we were creating ‘water wig’ images.  Other water-based shoots have included setting up a shower in the studio, busting water-filled balloons, and water droplet collisions. 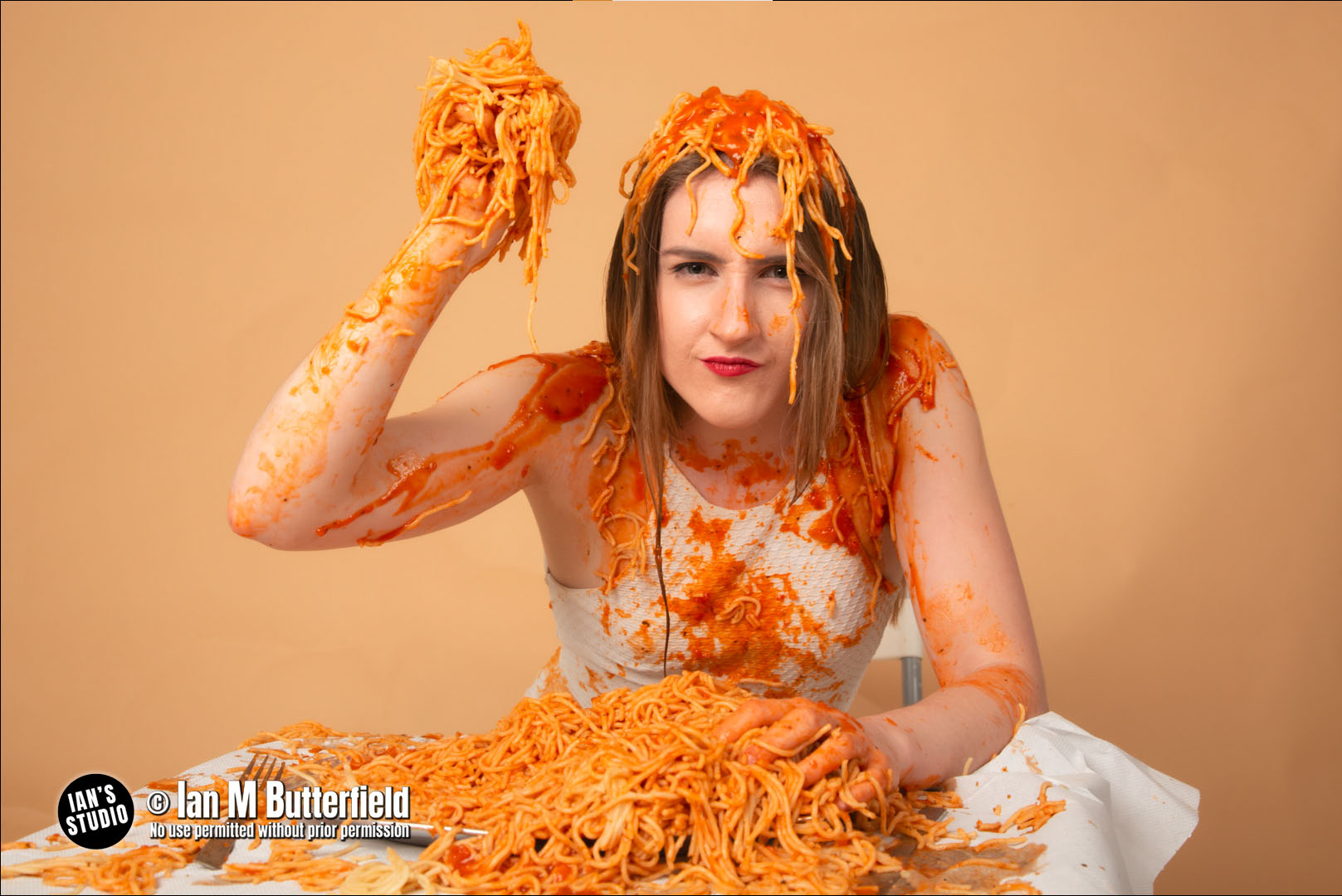 I’ve always held to the belief that events at the studio should be fun, both for the photographers and for the model(s). I’ve also always tried to offer events that not only encompass training and mentoring but enable photographers to create images that perhaps they wouldn’t be able to create in other circumstances.  In 2019 I ran a messy shoot with model SimplyB that included this setup of a spaghetti fight. 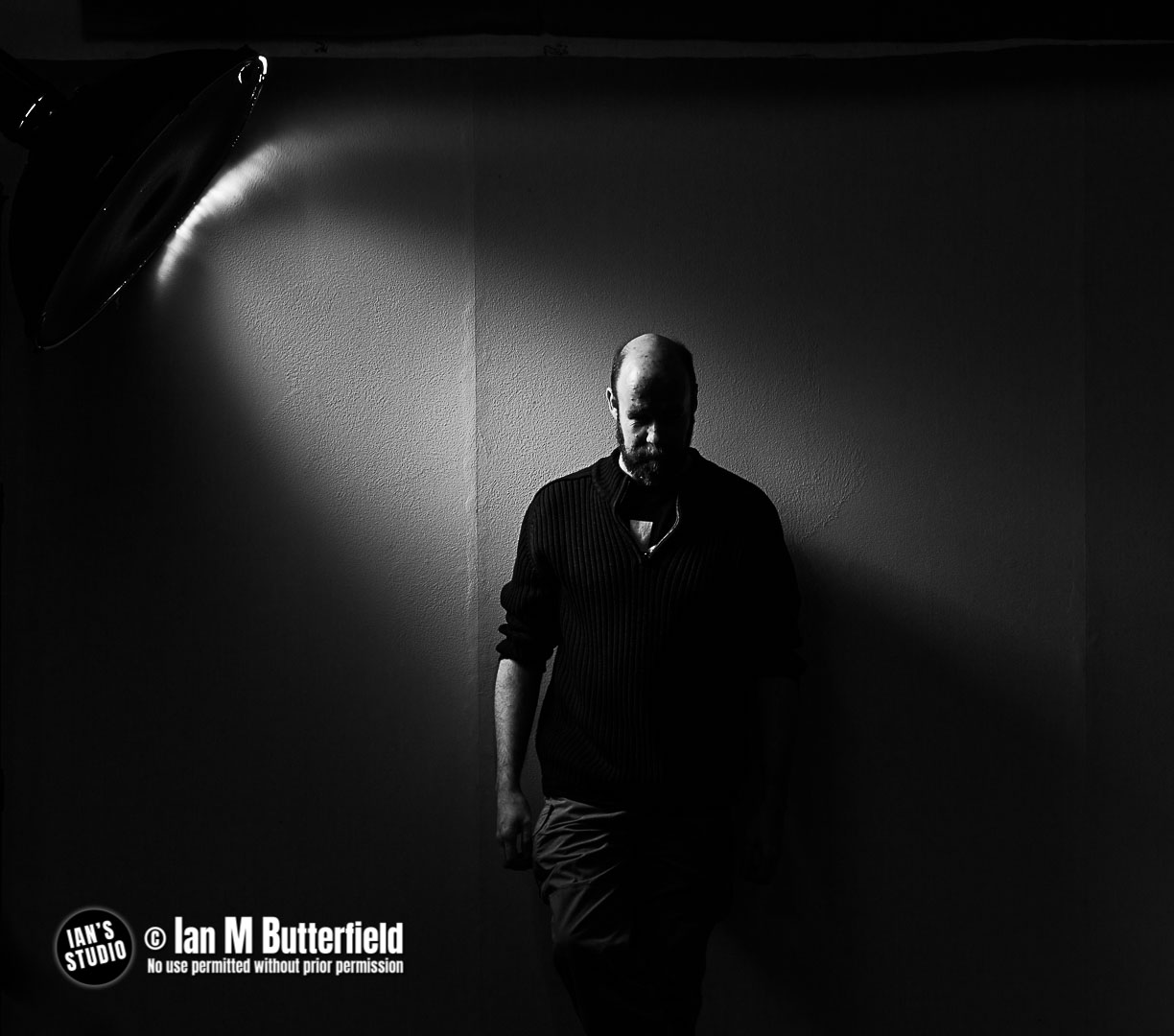 We all know just how difficult 2020 has been for everyone. I managed to run just two events at the studio and a handful of other shoots.
At one of those events, my good friend and studio neighbour Richard Bradbury was in attendance and stood in on set so I could set the lights while the model was getting changed. I rather like this shot and those who saw my live stream about my top 10 images from 2020 will know that this is one of them.
I want to finish this look back at the 10 years of  Ian’s Studio by saying thank you to EVERYONE who has supported the studio whether as models or as photographers or as clients.
But I also want to say a very special thank you to Rick for all the help, support and encouragement he has given me over the 10 years, from ripping up the carpet that covered the parquet floor before we opened to running events, to assisting and even the simple things like putting bungees on the metal fence outside the studio to stop it banging while I’m recording videos.  Thanks mate and enjoy the slice of studio birthday cake. 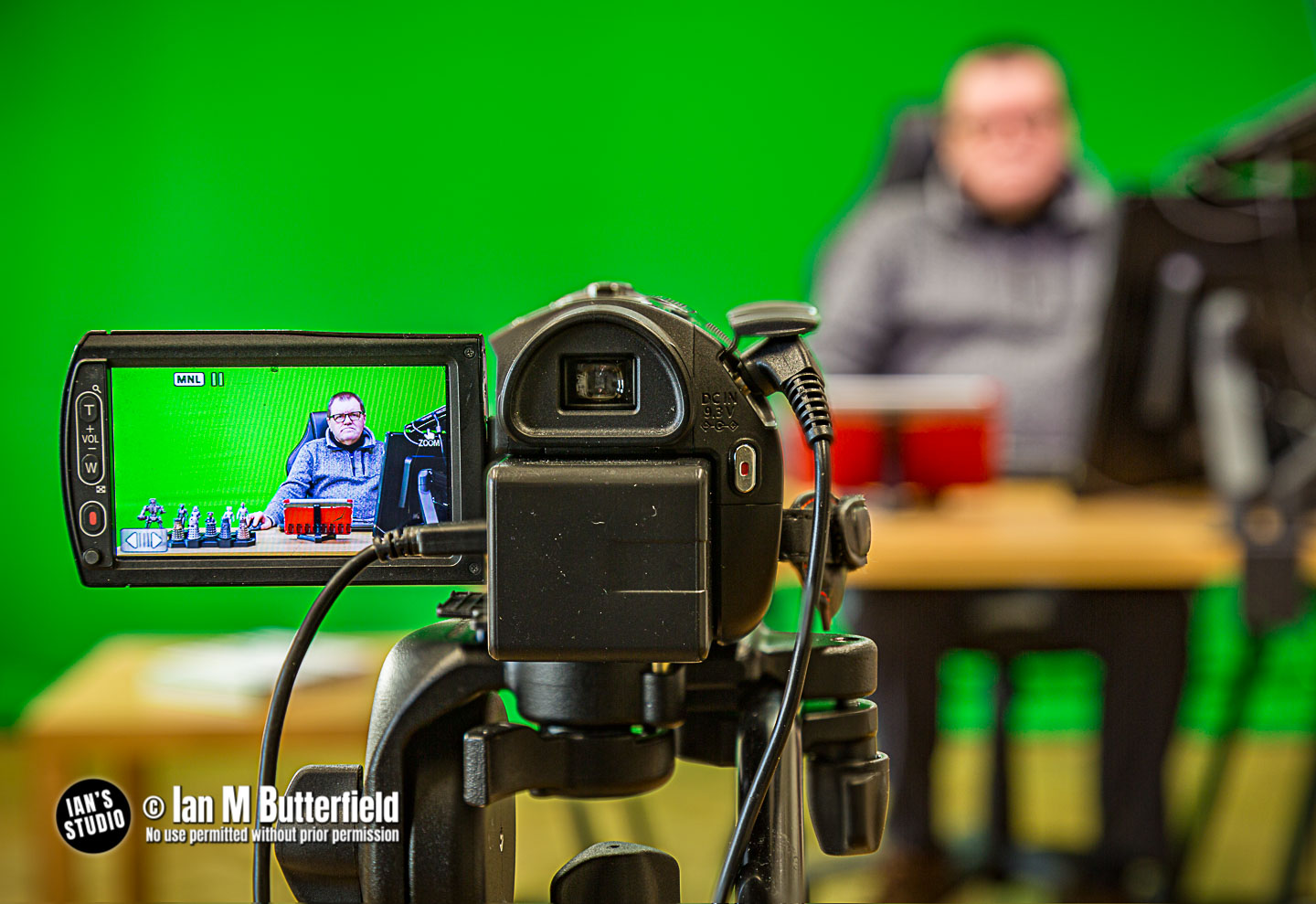 And so this brings us completely up-to-date. I am here in my studio, alone, (apart from the occasional visit from Richard Bradbury). I can’t run events, I can’t have you all over to celebrate 10 years of the studio – but I am looking ahead to my eleventh year. Things have changed I’m doing a lot more with video and live streaming, chroma-key green is now the most commonly used background colour! I hope to be able to welcome you all back into the studio in person before the end of this year, but until then we have YouTube (https://www.youtube.com/iansstudiostockport) and weekly live streams.
So as is now traditional… until then… keep making great photos!
28 Feb 2021|