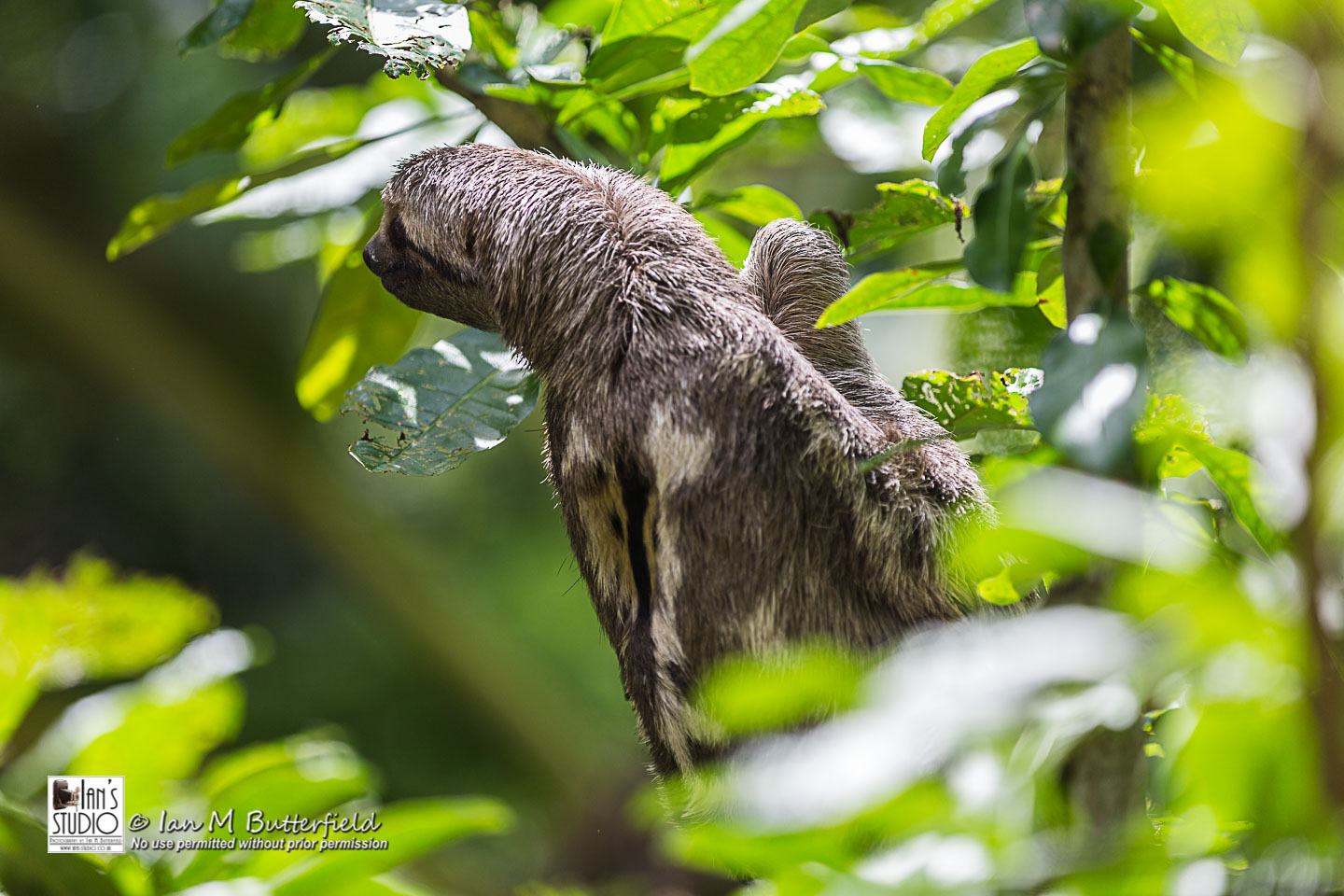 We continue our look into the Seven Deadly Sins of Photography.  Today we are looking at Sloth.

The dictionary defines sloth as:

“reluctance to work or make an effort; laziness.”

I see a lot of Photographic Sloths, no, not the slow-moving South American animal (see above), but lazy photographers.  Laziness manifests itself if different ways and if we are lazy we are certainly never going to improve in our photography.

Let’s look at each of these types of photographer:

According to Malcolm Gladwell’s 2008 book, “Outliers” it takes 10,000 hours to become an expert in anything.  And while this is not a hard and fast rule because it doesn’t take into account natural ability nor the quality of the practice.  It is certainly true that it is impossible to become an expert without any practice.

There are photographers out there who claim to be experts – but who have not put in the hours to learn their skills.  Model and portrait photographers are a good example of this.  It’s very easy to attend a group shoot and create well-lit and well-composed images for your portfolio, but have zero understanding of how the lighting was set up.

I have seen this from my own experience.  A few years back, a photographer posted on-line a photograph created at one of my workshops (something I am very happy for people to do, by the way).  I had done the lighting for it.  It wasn’t the most complex lighting set up but it was very effective.  Another photographer saw the image and complimented him on how he had lit the scene and asked him how he had lit it.  The photographer proceeded to take credit for the lighting and explained how he had set it up.  To his credit, at least he had remembered the setup.  Not everyone does.  It irked me that he was letting people think that he had designed this lighting.  It was a little naughty of me but I simply added my own comment.  “Well done, spot on.  You remembered exactly how I set it up for the workshop.”

Is there a proven way to reduce the hours of practice needed and to learn faster?  Yes there is – teach others.  It is said that if you just listen to someone lecture at you, you will remember just 10% but if you prepare and teach others the same material and information you will remember 90% of it.

Those who can’t be bothered

The problem comes with photographers who can’t or rather won’t put in the effort to improve and they are holding themselves out as people who know what they are doing.  Most commonly, I see this with some model photographers, particularly with those who shoot glamour or nudes.  But I’ll talk about that more when we get on to the sin of Lust.

There are two other areas where this is common the first is in the area of post-production.  The argument goes like this: “I don’t do post-production because I don’t think you should manipulate the image – it should be exactly what you see.  What you capture with your camera – just like it was in the film days.”

This is actually not true.  In the film days, a great deal of work WAS done in post-production, dodging and burning, vignetting, cyanotype and sepia toning to name a few.  Not only that but the moment you click the shutter you are manipulating and editing the image.  You are choosing by your crop what is included in the frame, by you exposure how deep the shadows are, by your aperture how much of the background we can see.  In most cases when you delve deeper photographers who hold this view are actually people who either can’t be bothered to edit or they haven’t yet learned how to.

The other ‘can’t be bothered’ photographer is the complete opposite – it is the photographer who can’t be bothered getting it right in camera.  “I’ll fix it in post-production”.  I see this most commonly in the studio with photographers who include half the studio in the image and then explain that they will crop it in post.  Not only is this throwing away megapixels and resolution but it is indicative of not thinking about your composition.  Also, it’s actually making more work for yourself.  The more you can get right in camera the less work you will have to do later.  It is much quicker to ask the model to adjust a stray hair than it is to clone it out of a dozen images in post-production. 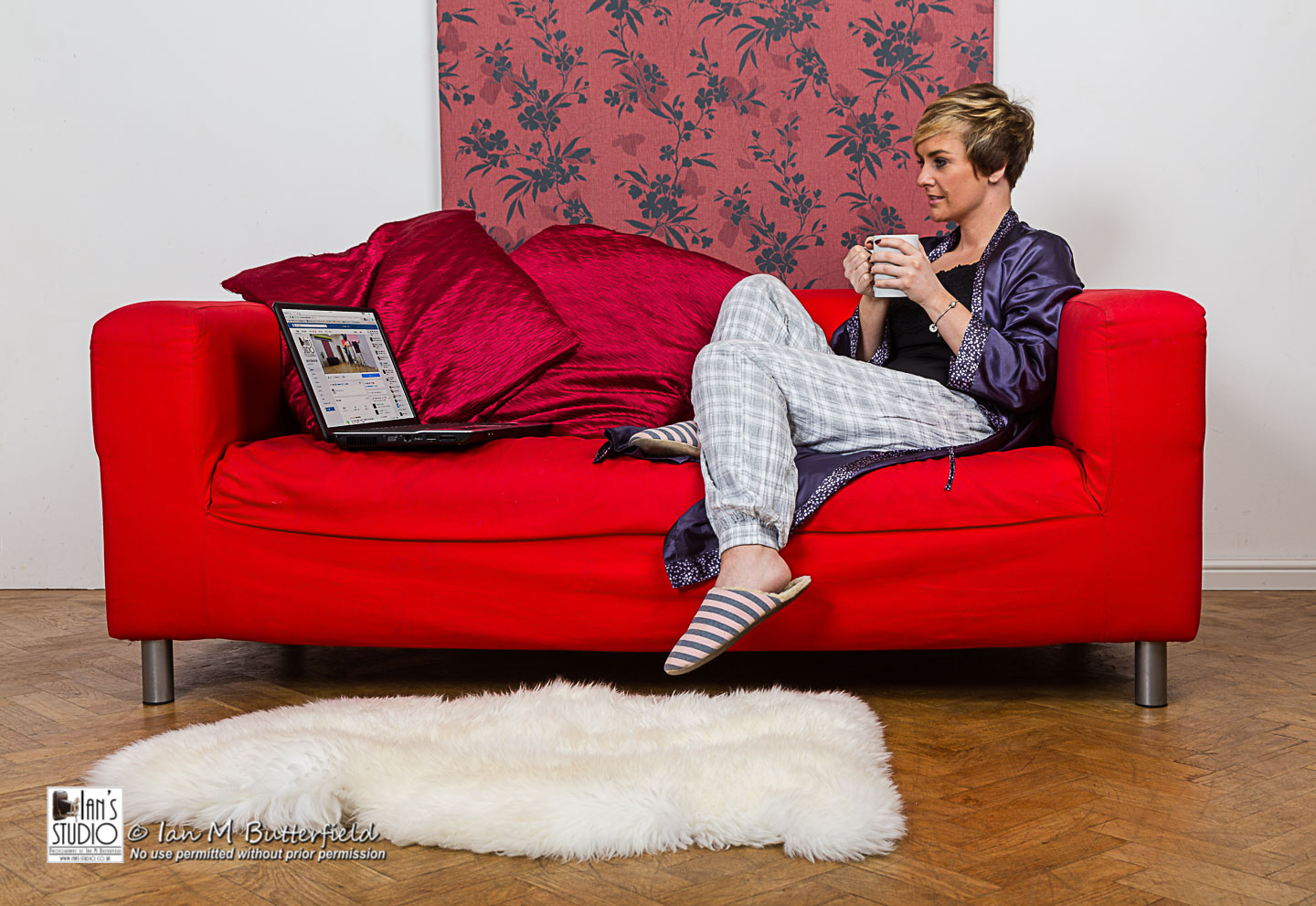 A woman watching a movie on her laptop on a sofa

This is a very strange breed of photographer – they are not lazy per se, they just don’t get anything done.  I think it is in part caused by YouTube – there are so many good videos about photography and about post-production, that this type of photographer spends all their time watching the videos and never getting off the sofa and putting it into action.

I have talked about this in a blog a few years ago – if you want to read it you can find it HERE.

Are you a slothful photographer?  If you are, take steps NOW to break out of it.