You should be shooting RAW

You will probably know all the reasons why you should shoot RAW and not JPG, if you need any convincing as to the merits of RAW take a look at this image.  Due to an error on my part I discovered I was ONLY shooting JPG when I took the image.  It’s not a bad shot… until you look at the sky above the model’s head and you can see the posterisation on the sky (the sky is in bands of colour).  If you can’t see what I mean click on the image to view a high-resolution version of the image.  This is caused by the fact that a JPG image doesn’t really contain sufficient date to handle the type of post processing I wanted to do with this image. 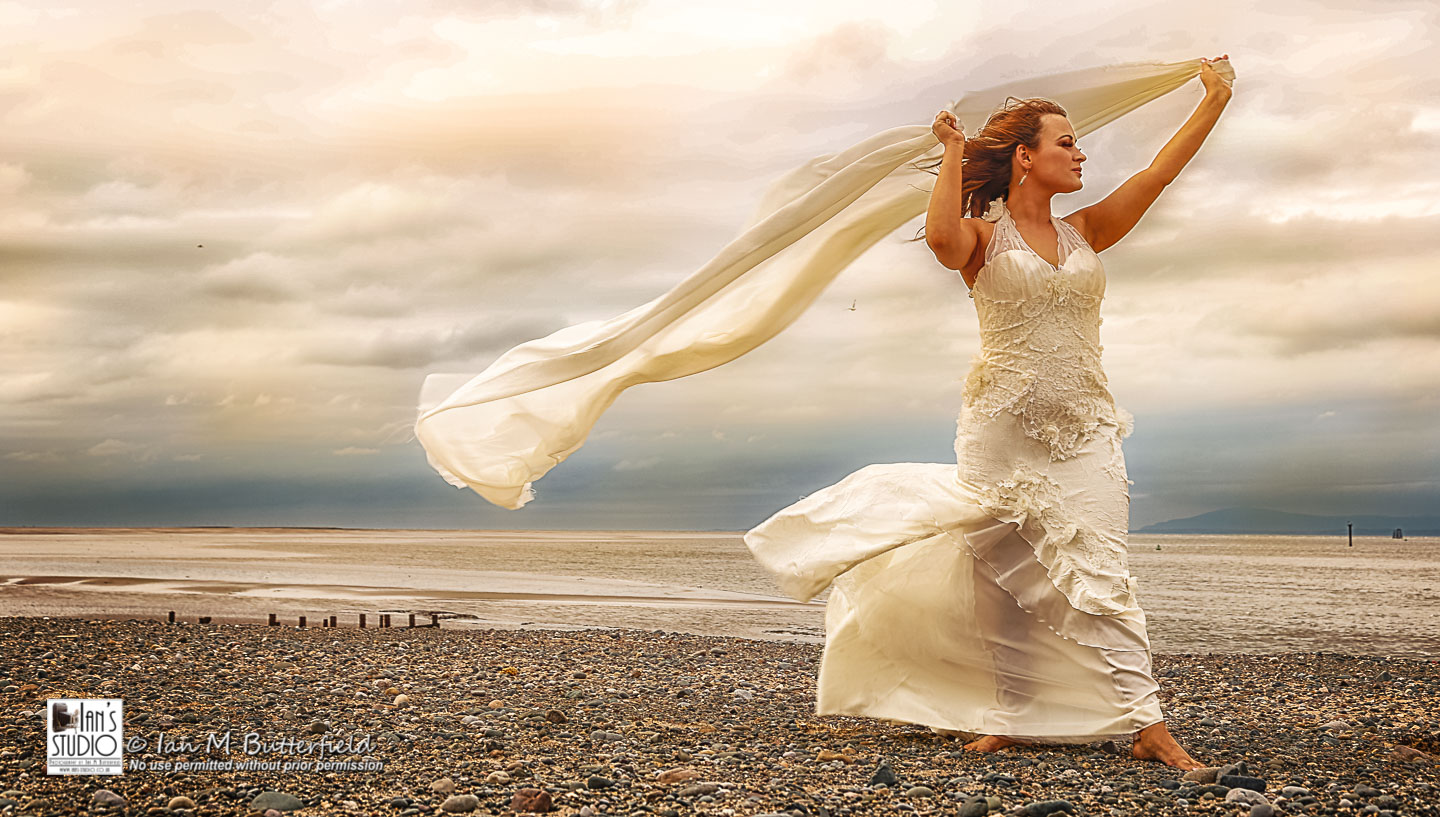 Trash the Dress at Fleetwood with Model Maude

However…. this blog is not about the merits of RAW over JPG.  It is about shooting RAW+JPG.  A reader of this newsletter contacted me recently to ask, if he was shooting RAW was there any point in shooting JPGs as well.  Or in other works why shoot RAW+JPG?  There are a number of reason why you might want to shoot both.

The first thing to say is that if you are going to convert all your RAW files then you could argue that you don’t need the JPGs from the camera, you can just export converted JPG files from lightroom (or whatever tool you use to do the conversion)

However, if you are new to processing RAW files, one of the reasons you might want both RAW and JPG is so that you can use the JPGs as a benchmark to see what is possible from to create from the RAW data.  When people make the switch to RAW they often find that initially their processed RAW files don’t look quite as good as the JPGs the camera can create.  This is usually a short term problem cause by inexperience in processing the images.  Have the JPG as a bench mark helps you know what can be created from the RAW data.  Pretty soon however you are likely to find that you processed RAW images look better than the camera JPGs.  That is the time to ask yourself do you still need the JPGs?

Again if you are new to shooting in RAW and if you don’t want to process all your images – you can use the JPGs for those shots that you don’t want to process the RAW files for.  If you are happy with the JPGs straight out of the camera for 90% of the images you shoot great – use the JPGs 90% of the time and only process the 10% that you need work on.  Eventually you may find the split becomes 80/20, then 60/40 and so on until you are processing the majority of you images.  Again this is the time to ask do I still need the JPGs?

Other Reason to shoot RAW+JPG

So if every image you work on or display is shot in RAW are there times you still might want to shoot RAW+JPG?  Yes there are.

My camera has two memory slots – 1 SD and 1 Compact Flash.  In my case I send the RAW files to my Compact Flash and send JPG copies to the SD card.  This is a form of live back-up.  If anything happened to my CF card, at the very least I have the high resolution JPGs on the other card.  As you could see from the image at the start of this blog they are not perfect, but in the event of a card failure they are better than nothing.  Why not just save RAW to both cards?  Well, in my case the SD card is also my wi-fi card and I use it to send the images to my iPad as I shoot – RAW files would be too large for that.  Additionally as I can store large quantities of JPGs on the card I almost never remove it from the camera, so less chance of losing it!

One other final reason for shooting RAW+JPG.  If you are shooting for a client who wants to see the images at the shoot – you can quickly show them the JPGs to give them an idea of what the images will look like after you have processed them.  When shooting at an event I will transfer the JPGs over to my laptop for clients to look through and place their orders.  After the event I will process the corresponding RAW files to give them the best possible final image.