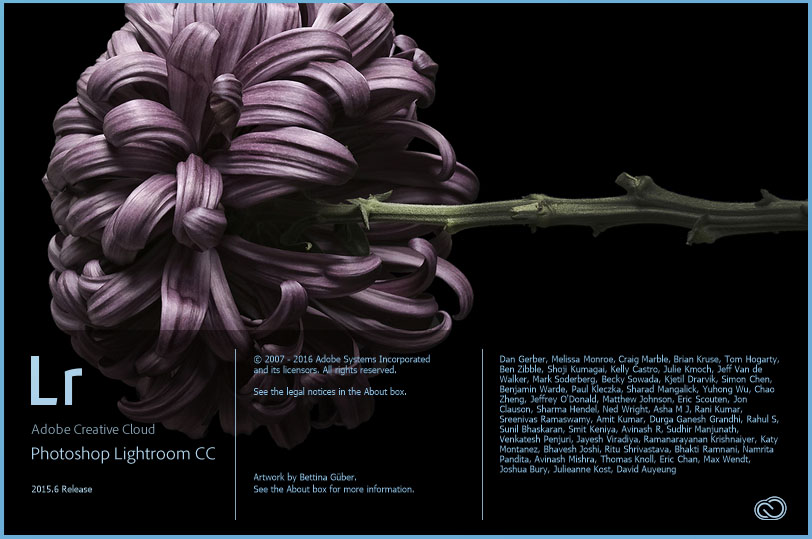 Adobe have released their latest version of Lightroom.  So what’s new in this version – apart from changing the photo on the splash screen again?

Well there are two significant changes/improvements.  The first is performance.  We have take any claims of improved performance in Lightroom from Adobe with a pinch of salt.  (ie they marketed earlier versions as being able to use the processor on your graphics card (GPU)for performance, although this was true – the product performed better if the GPU was NOT enabled).  Allegedly, this has now been resolved and the performance also improved even without using the GPU.  Form my brief use of the new version I am certainly seeing an increase in speed stepping between images in the develop module.  Apparently image export has had a bit of a speed boost too, but I’ve not had the chance to test this yet. 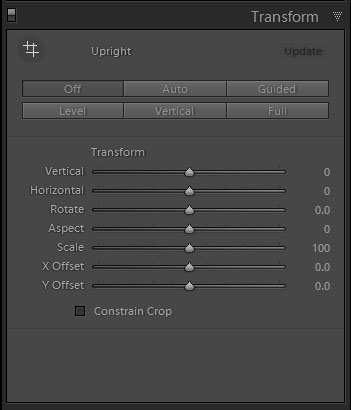 The other more significant change, is that the controls for correcting verticals and removing general distortion have now been moved from the lens correction panel and given their own ‘transform’ panel.  This makes a lot more more sense to me and is much easier to work with.  The buttons for the automatic transformations are now on the same display as the manual controls.  I always found that after doing an automatic correction I had to tweek it with some manual adjustments.

New on this panel is the “guided” transform, which works incredibly well.  You simply draw on two lines to show LR two sections of the image that should be either vertical or horizontal and it performs the corrections.  Two things to be aware of with it however – it is scarily good if you say something should be vertical it WILL be vertical with some buildings however this then looks odd and I have found I needed to use the vertical tranform slider at arround 3 or 4 to put back a little tilt which makes the buildings look more natural.  The other thing to watch out for is the constrain crop option – it always has been a little buggy and those bugs don’t appear to have been cured.  Sometimes it just gets the crop wrong and there are reports that it will sometimes constrain even when not switch on.  The best advice I can give is leave it off and do the cropping yourself using the crop rotate tool (shortcut key: “r”).  If constrain does kick in when you don’t expect it, just click the check box a couple of time until it turns itself off.

It should be noted that the full set of new features are only available to those who are on the subscribed version of Lightroom CC.  Those who bought the boxed copy (Lightroom 6) I believe don’t get the new transform tools.  Nor did they get the dehaze slider introduced in a previous dot release of the product.

Use the adobe creative cloud control panel to download your upgrade.