As you may remember I set myself the task of improving my wildlife photography throughout 2017.  Although I know all the theory, it is not a skill that comes naturally to me, largely because I don’t have the patience to just sit and wait.

I also mentioned about the importance of being account able when setting goals – and mentioning my goal of learning more wildlife photography on this blog was all part of me being accountable.  So three months in, and coming after spending some time shooting birds in St Maarten, this seems a good time to share with you what I have been… 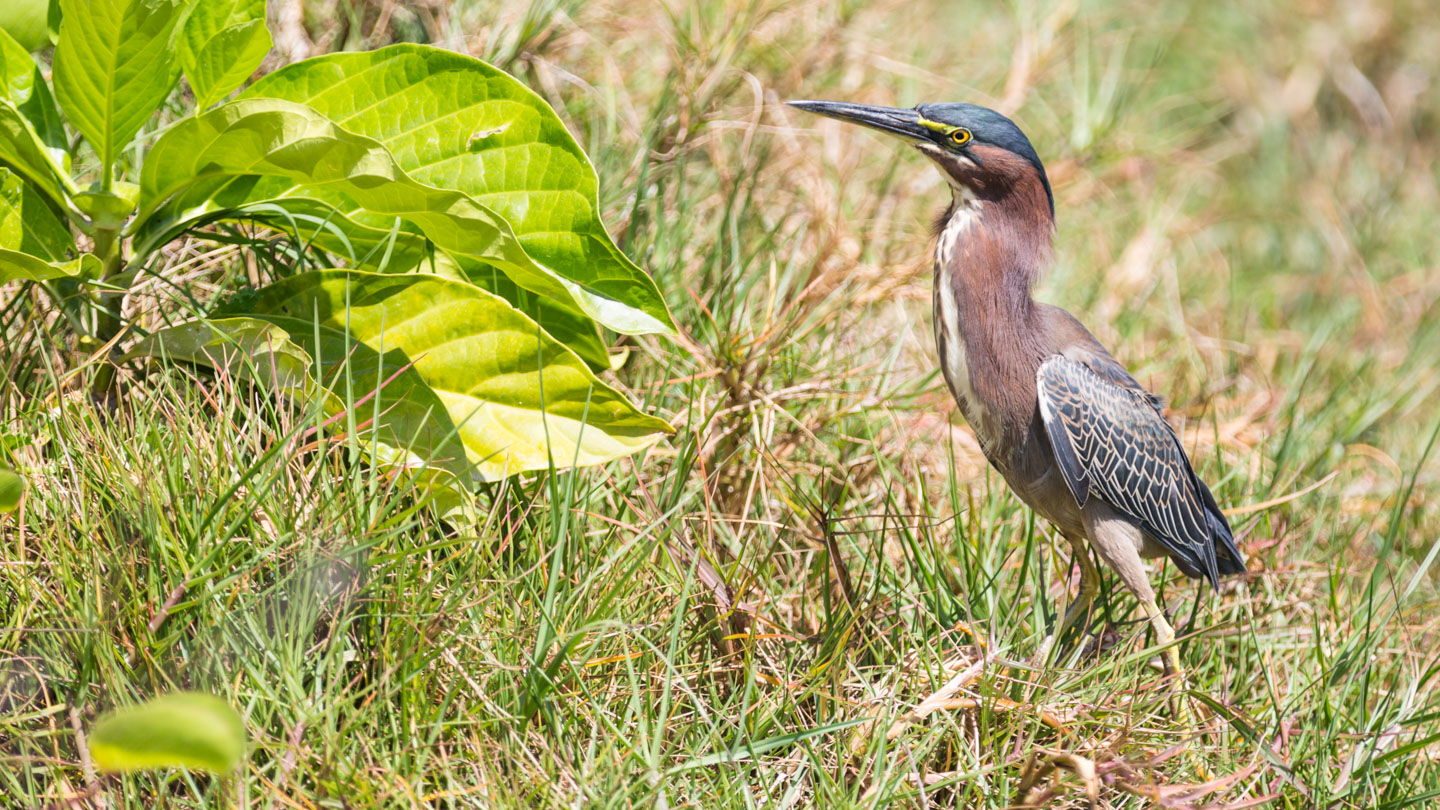 Let me start by saying that the image above of a green heron is possibly my best bird image to date.  So let me take you through how I got to this point.

Having the ‘right’ equipment

It is unlikely that I will ever make wildlife photography a major part of my photography work, so it doesn’t make sense for me to spend a lot of money on a very expensive and very heavy wildlife lens.  I am likely to do a lot of theatre photography so I invested in Canon’s 70 – 200mm f/2.8 L lens, which is a fantastic shorter telephoto lens, but it doesn’t have the reach needed for most wildlife work.  So I added a 2x converter making it in to a 140-400mm f/5.6 lens.  With the converter attached it is never going to be as sharp as a dedicated wildlife lens, but that’s fine, I am primarily going to use the images in training notes and on-line so I can live with that.

If you are looking to try out a new area of photography, ask yourself if you really need that extra bit of kit?  Can you at least start with what you have?  And then buy a better lens or camera only when you know you have hit the limits of your existing equipment.

Also, remember that just because you have spent a lot of money on a piece of gear, doesn’t mean it will make you a better photographer.  Better to buy what you can afford and learn to use that while saving up for something better.

Setting aside time to shoot 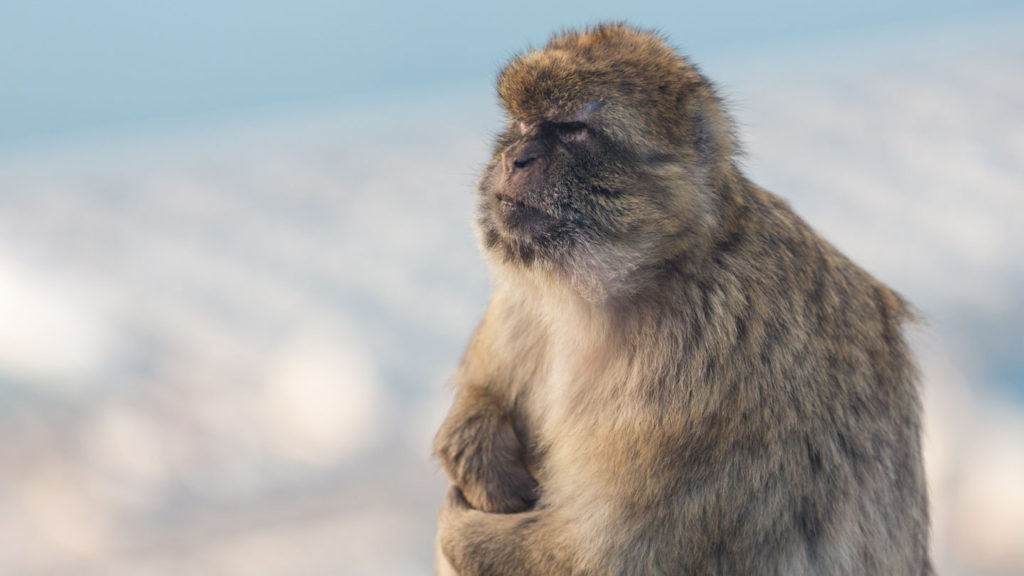 We improve by doing, not by reading.  So I needed to set aside the time to actually go and shoot wildlife.  I have committed to doing at least six wildlife based shoots this year.  So far I have done two.  The first was actually 24th December 2016, when I photographed the apes of Gibraltar, but I am counting that because the end of my yearlong challenge will be 16th December 2017, when I will deliver an Academy training event on wildlife photography.

The second one was earlier this month while I was in St Maarten.  I went over to the “The Great Salt Pond” which I learned was a good place to photograph birds.  It was hear that I photographed to Green Heron that you can see in this blog post.

As for the rest of the year, I want to go to Martin Mere to do some more bird photography.  I am planning to go to Chester Zoo to practice photographing captive animals and I would to go out at least once with an experienced wildlife photographer who can mentor me a little.  I am yet to identify this person but if you consider yourself experienced in wildlife photographer and would be willing to have me ‘tag along’ on one of your shoots please let me know.

As with any specialised area of photography knowing what settings to use on the camera is vital.  As I would be hand holding the camera my primary concern was to keep the shutter speed fast enough.  The general rule for hand holding is 1/focal length – so 400mm lens I need to keep the shutter speed over 1/400s.  But I have a couple of stops of image stabilisation so in theory I could go down as far as 1/100s – I decided to play safe and aim for about 1/500s.  As we will see this was possibly a rookie error.

The second rookie error is not reading the manual for my 70-200mm les properly.  The lens has two image stabilisation modes unhelpfully named “1” and “2” – one stabilises in all directions, the other only in the vertical direction and is designed for panning shots.  Out at the pond in St Maarten, with no internet access, I had no idea which was which.  (I still don’t as I am writing this ‘off line’).

What I DID get right was to use the camera in manual mode.  It is not a good idea to try to do wildlife photography (and particularly bird photography) in one of the semi-automatic modes such as Aperture or Shutter Priority.  This is because the camera is calculating the exposure and it will be different depending on what is behind the bird being photographed.  If the bird is against a bright sky the bird will be very under exposed.  Conversely if a light coloured bird is against a dark background it will become overexposed.

To the exposure while in manual mode, I looked for a mid-tone that was in the same light as the birds I wanted to photograph.  In my case I pointed the camera at the bushes, grass and sandy path and I fixed my aperture at f/5.6 (widest I can achieve with the 2x converter) and then changed both shutter and ISO until I found a pair I wanted.  I started shooting with ISO 100 at 1/640s.  From there I would occasionally check the settings and adjust the shutter speed or ISO if the images were under or over exposed a little.

Other settings I used – I was shooting in high speed continuous mode, and had the focusing set to AI Servo – where the camera should focus track a moving subject. 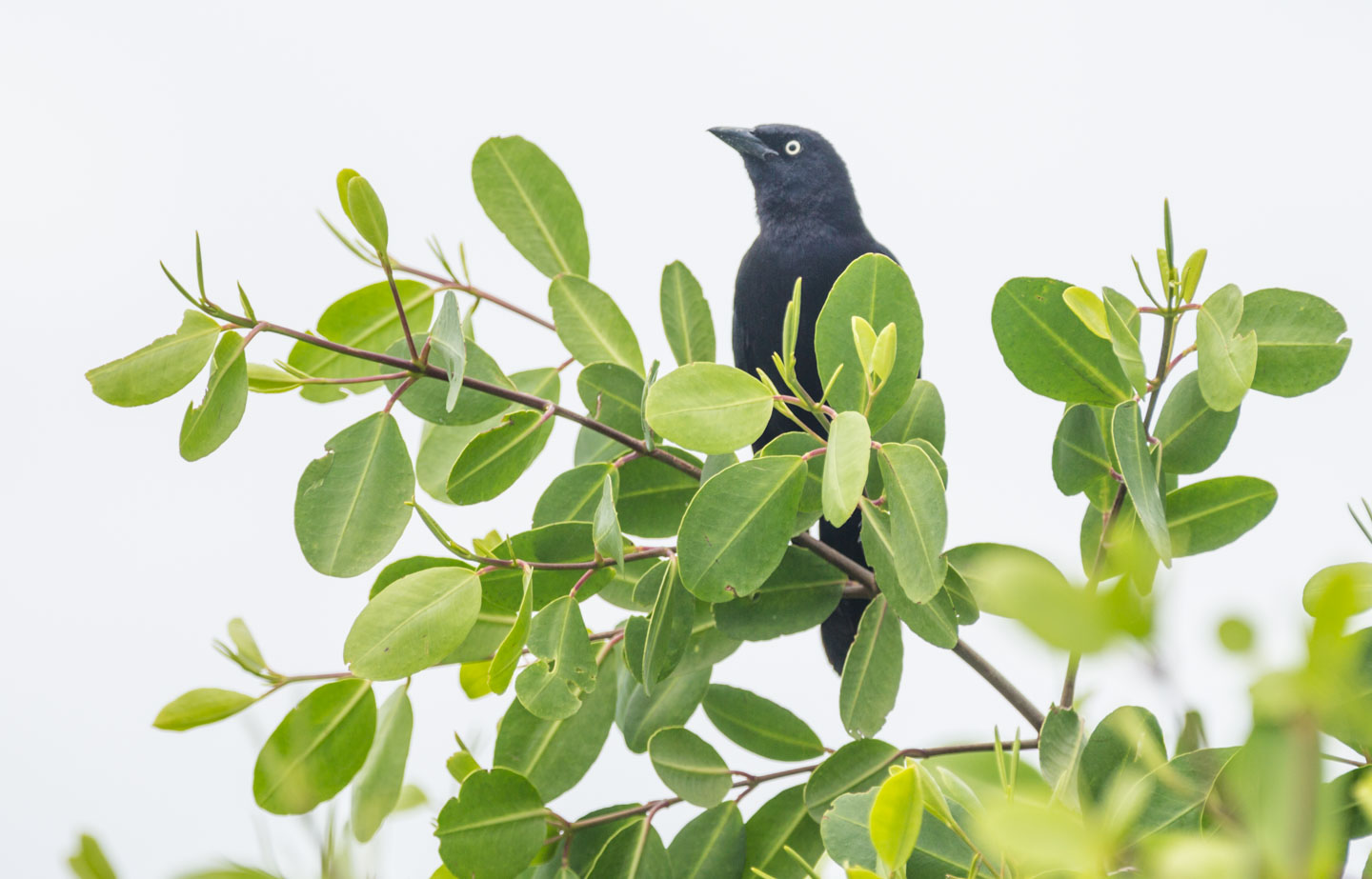 I then spent 45 minutes shooting birds in flight round the salt pond.  Yes, I know serious bird photographers will laugh at me saying that I stopped after such a short time, but to be fair, I did say that I didn’t have much patience, and it was very hot, and there were a lot of birds.  There wasn’t really much time when I was just sitting and waiting for something to happen.  As I was leaving the pond I spotted a black Carib Grackle (above) making a loud cry from a near-by bush and a few other birds on the ground near a small stream and paused to photograph them.  This is where I made my photograph of the Green Heron

On returning to the ship, I loaded the images into Lightroom and began to review them.  I didn’t expect a particularly high ‘hit-rate’ most wildlife photographers don’t but I was a little disappointed with my birds flight.  Many of them were just out of focus – I clearly haven’t yet got hang of keeping the bird under my active focus points.  Secondly despite choosing a shutter speed much higher than I needed to hand hold, I got a lot of images that had motion blur.

Looking closely at the images and comparing them to images where there wasn’t any motion blur, I noticed that the blurring fell into two types.  Firstly, and this was the rookie error, while I had a shutter speed fast enough for hand holding, it clearly wasn’t fast enough for panning shots while I was tracking the birds.  Secondly, I noticed in some images the blurring was on the wings of the birds so I needed a faster shutter speed to freeze the motion of the wings. 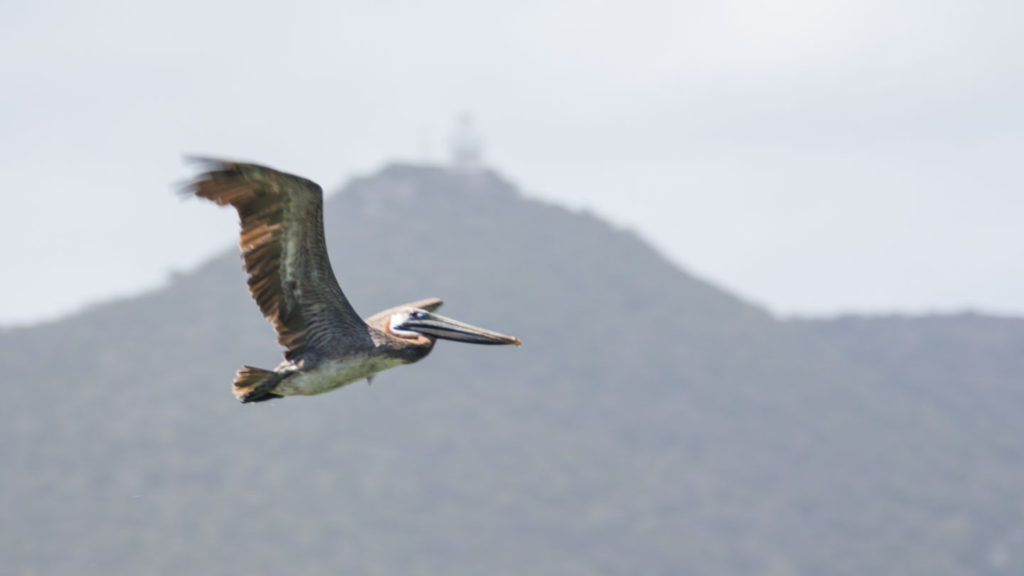 By contrast however, some images like that of the Green Heron were pin sharp.  This tells me that used with an appropriate shutter speed, and with the focus locked on, the 70-200mm with the 2x converter is actually much sharper than I had expected

I don’t know how much opportunity I will get on the remainder of the cruise to do more bird photography, but I do feel as though I have learned so valuable lessons from my time at St Maarten.  In particular that I need a much higher shutter speed and if I can get on-line I really need to look up the difference between image stabilisation modes 1 and 2.

I hope you have found this honest account of the process of learning useful – even if all you have learned is not to make the mistakes that I have.

If anyone is a keen wildlife photographer and wants ‘buddy’ to join them on a shoot, please let me know.