I have mentioned this before on-line but it is worth restating it.  The more we create images the better we become at it.

I enjoy the outdoor pursuit of Geocaching – using GPS on a phone to locate containers hidden around the world.  When I took up the sport/hobby I set my self a challenge to create a photograph associated with each cache I find. 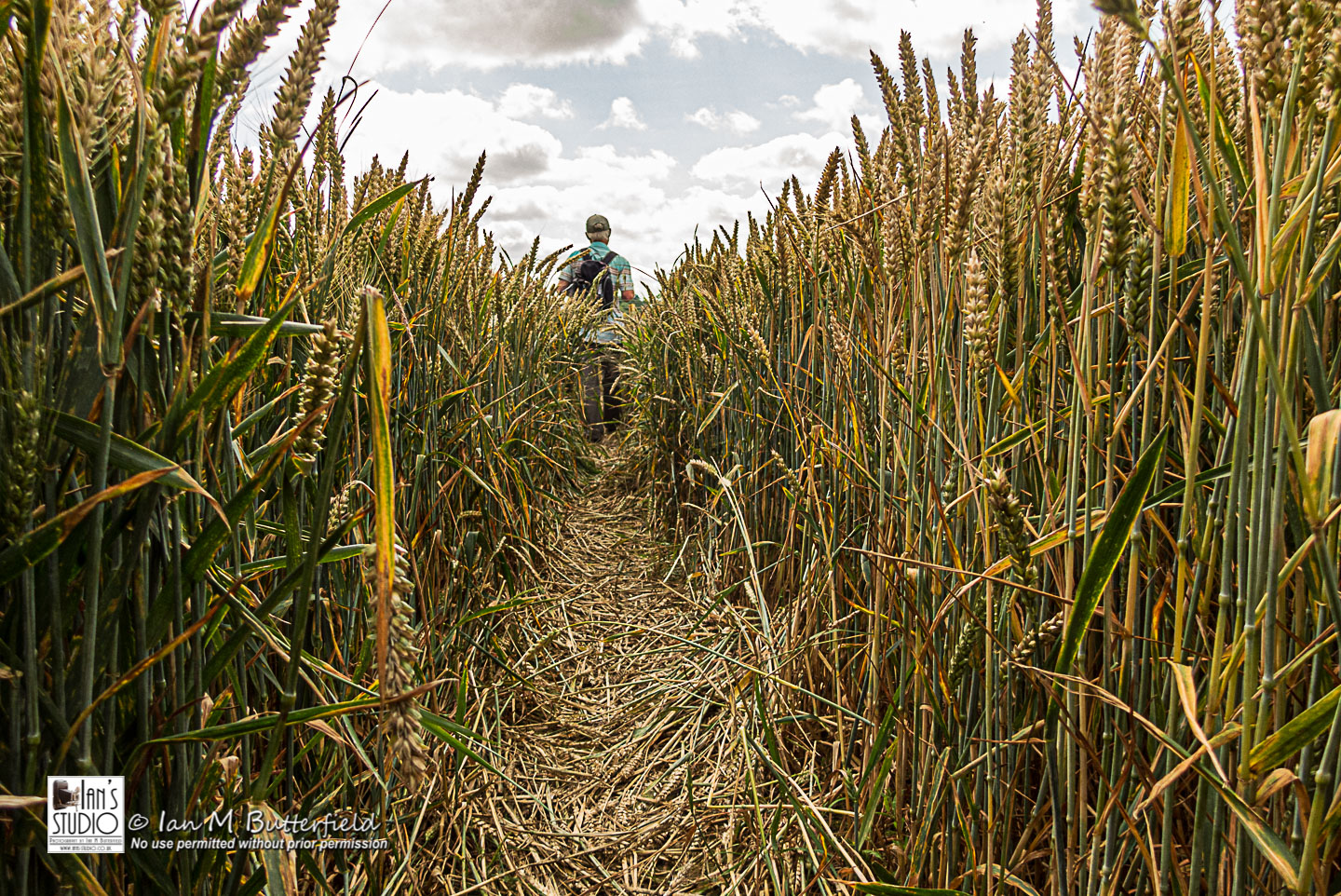 Those images are rarely created on my DSLR more often than not they will be on my iPhone or more recently on my Panasonic Lumix LF1 point-and-shoot camera.

The reason I do this is to that it trains me to find images anywhere and everywhere.  Sometimes, when I do this I have to work hard to create a photograph, other times it is easy.   I treat it as an exercise – like someone one who is training to run a marathon sometimes runs shorter distances because those shorter more intense runs help build up the muscles to be able to do the big run when the big day comes.

I’m including two images in this blog – the first the view of the wheat fields in Leicestershire.  I often say when training about “putting the camera where the eye doesn’t normally go” and it occurred to me that the path I was walking along was a superb chance to put that into action.  I lowered the camera an got a great shot.  I now have that filed away in the back of my mind for next time I am out with my DSLR and come across a similar scene. 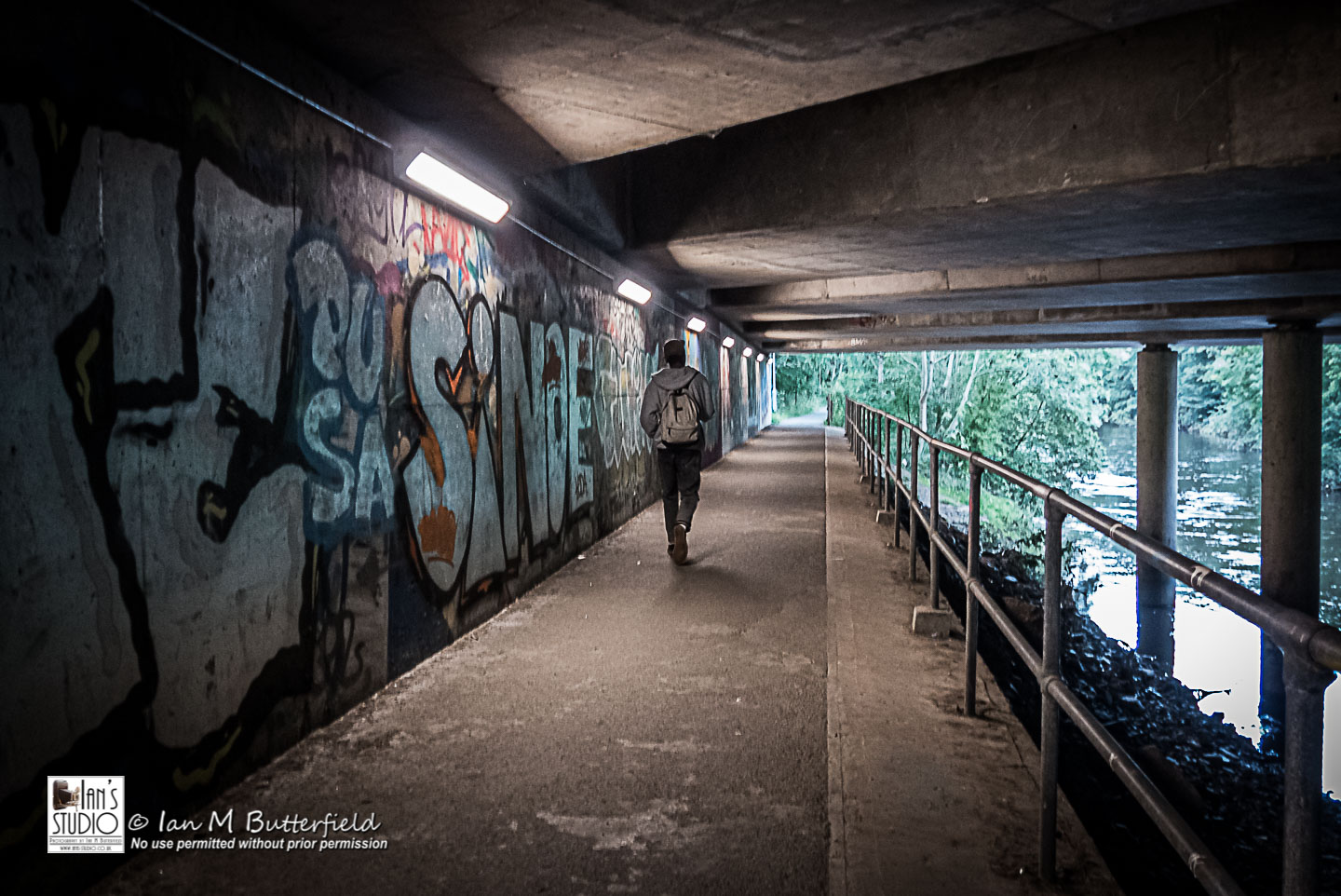 Under the M60, Stockport

The second image is from near home, I was going out to a local geocache that I own and wanted a photograph to go with the cache listing.  I thought the walkway under the motorway would work well but when I looked at the back of the camera the images were a little lacklustre – it was only when someone walked past me and into the image that I realised that the image would work.

What is interesting about this show is that it also breaks the rules.  The man is not on a one-third line and in fact, he is almost exactly in the middle of the frame.   Why this works is because the lead-in lines don’t stop at the walker – they continue on past him to the other side of the tunnel.  There is a sense that when you look at this image your eye travels through the frame to the man and then out to the other side.  It’s a technique I’ll consider using again in the future.

So there’s the challenge – keep a camera with you.  Keep shooting.  There is a saying that the best camera in the world is the one that you have with you.  Sometimes that might not be your big DSLR.  Use what you have and work on learning to find images.